The Toyark continues it’s Dragonball Z S.H. Figuarts catch up galleries today with Super Saiyan Vegeta! The last release in 2011 gave us our first version of Vegeta, rocking his Cell Saga Saiyan training armor. He has a shorter stance than Goku and Piccolo, properly representing him in the line up. When first released, everyone wanted a non-Saiyan version immediately, and we did get that down the line. But for now, let’s check out over 25 shots of him in Saiyan form after the break!

Make sure to check back for daily galleries of SHF DBZ as we do one a day until every figure is up!

Cons
Eyes are painted a bit googly
Orange highlight paint on face is too dark, looks sunburned at times
Not a lot of accessories

Overall
SS Vegeta is one you have to have, but isn’t epic. He came with a couple sets of hands, and a couple faces, and nothing else. My copy had very dark face highlight paint, so it looks like he fell asleep at the beach. You can do up some key poses, and he does look kick ass standing angrily on a shelf. Now that we are further down the line, and we have a normal version Vegeta that did come with a ton of stuff, I’m more ok with this being a fairly basic release. You can also swap Trunks’ head onto this body if you don’t mind the height issues, making for a good rep of the Saiyan Saga post-training look for him too.

The original release was a US exclusive, meaning in Asia he was a Tamashii Nations web exclusive, so the price skyrocketed. He was then bootlegged, so if you go online looking for him make sure to pay attention to that. Do your research and grab the original, or at least know what you’re getting. 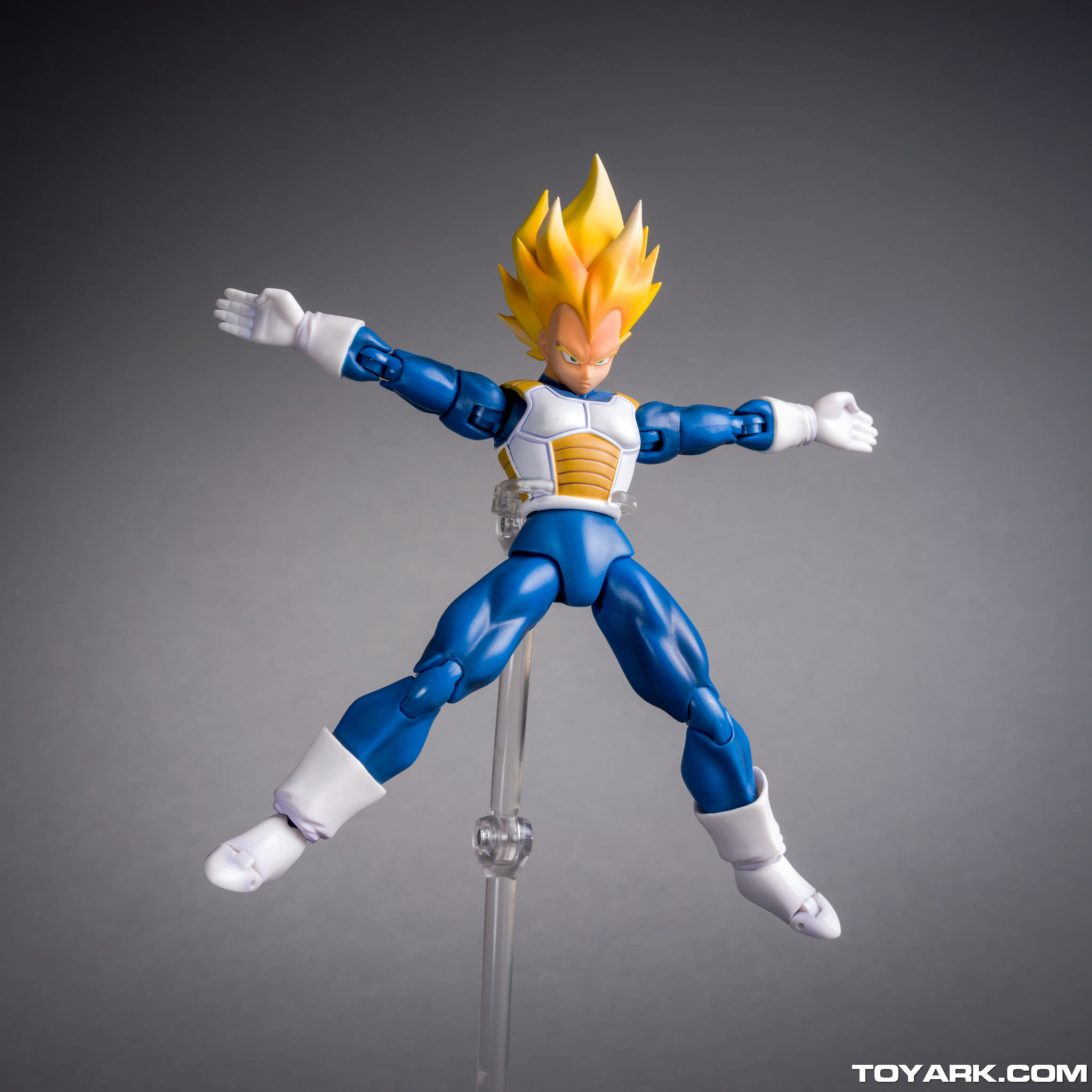 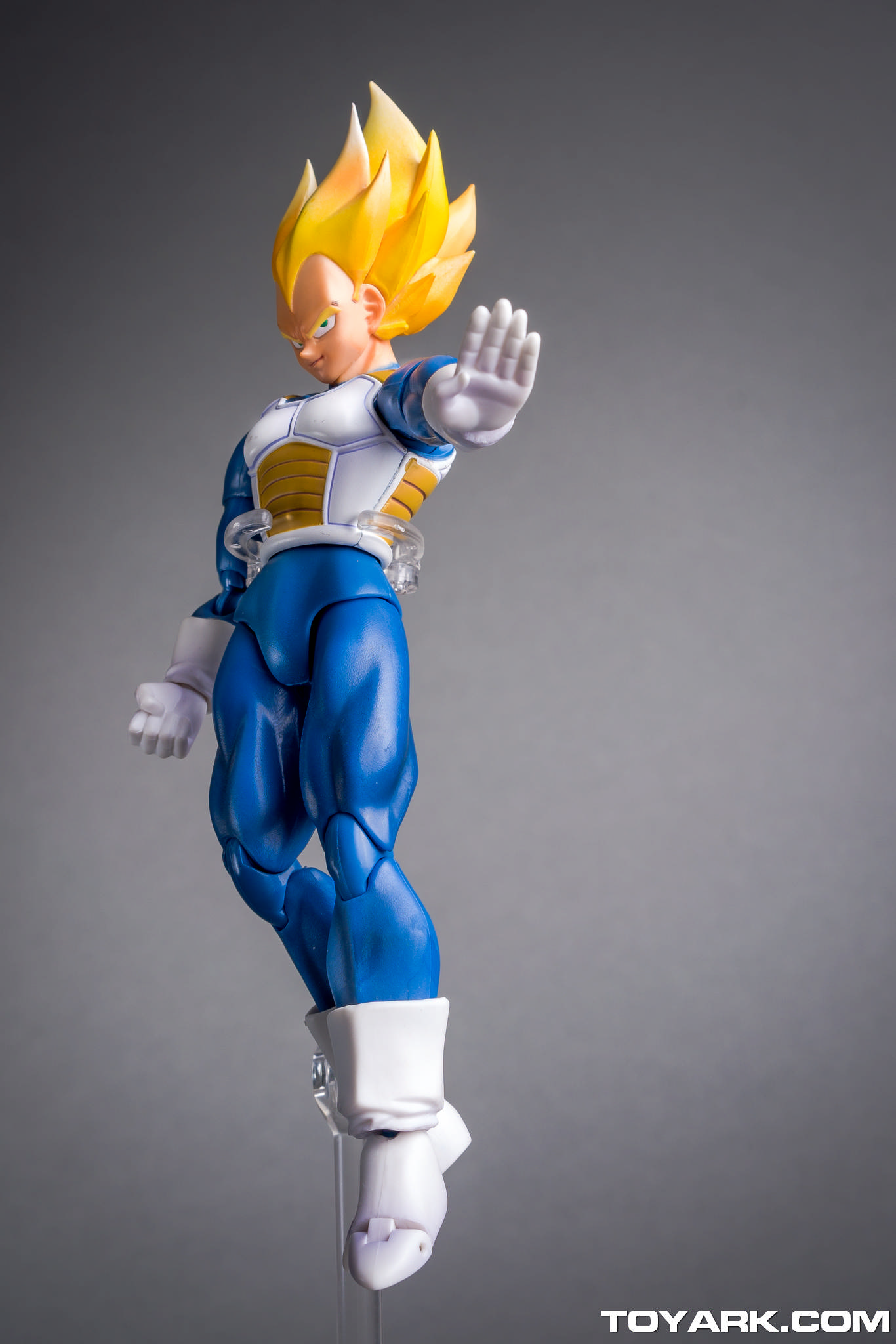 You dare challenge the Prince of all Saiyans?! 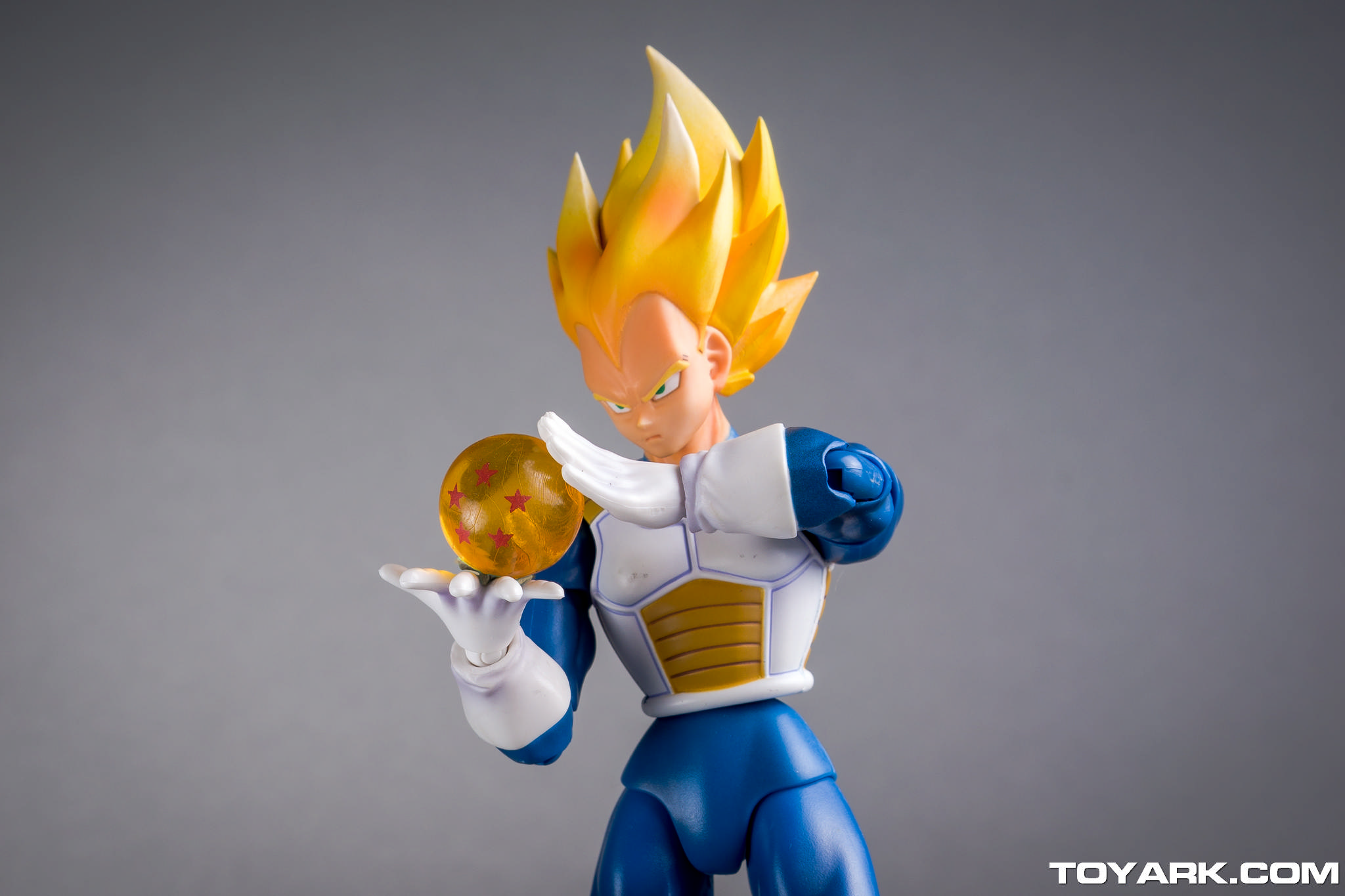 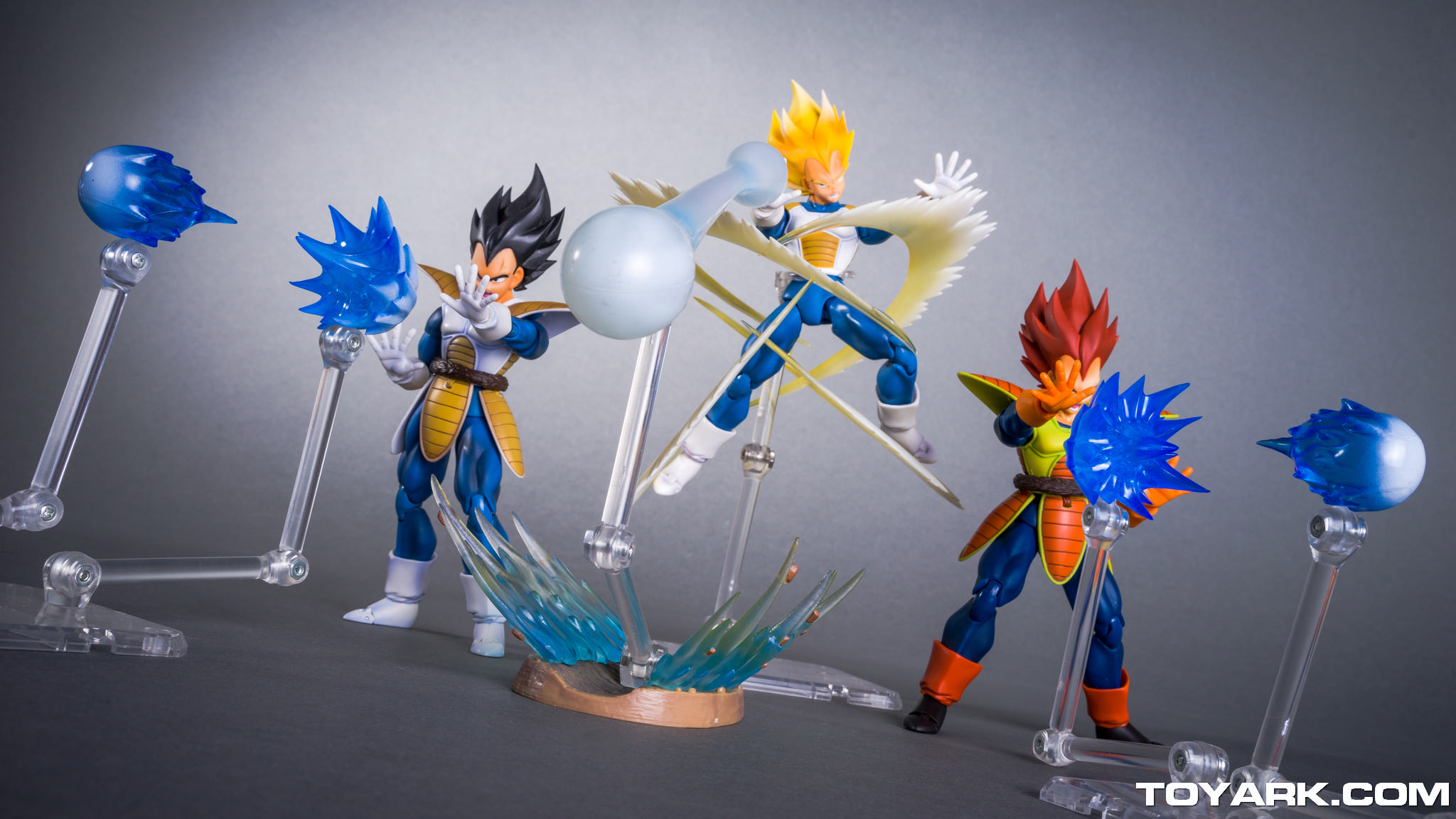 Getting ahead of ourselves, triple Vegeta FTW!

Make sure to check back tomorrow for Super Saiyan 3 Goku! 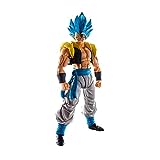 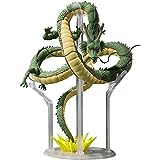 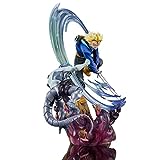 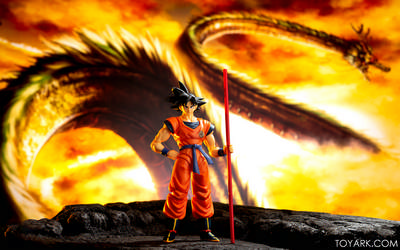