In 1990, Konami released a licensed arcade game based on the hit film Aliens. The game was a mix of side-scrolling shoot ’em up actions, as well as 3rd person shooter levels. In the 2-player game, you control either Ellen Ripley or Corporal Dwayne Hicks as you fight your way through Hadley’s Hope in an attempt to not only rescue Newt, but to destroy the Alien colony. You start out with the M65 Smartgun, but along the way, you can pick up an assortment of other weapons, and can even use the Power Loader to take on the assortment of Xenomorphs. The game itself was rather short, but an absolute joy to play in the arcades and is still among the best 1990’s Alien video games.

NECA has released a set of figures based on this classic arcade game. The set includes a hot pink, game accurate, version of the Alien Warrior, an Alien Egg, a green Facehugger and a pink Chestburster. Toyark sponsor Entertainment Earth sent a set along, and I have 65+ photos and a review.

Overall
This set comes packaged in a flapped window box that’s used throughout most of the Video Game Appearance (VGA) and Ultimate figure line up. The front features arcade cabinet inspired artwork, with the back and interior featuring game inspired photos of the figures. The set, as previously mentioned, includes the Alien Warrior, an Alien Egg, a Facehugger and a Chestburster. They come packaged on a plastic try and also include a cardboard diorama backdrop featuring game artwork.

After the release of the first Alien figure in the VGA line, an arcade version of the Alien Warrior was high on my want list. The oddly pink portrayal of the Aliens in the game had the potential to translate into a weird and fun figure. The hit pink, magenta and splashes of red really do work well here to portray a video game accurate version of the Alien Warrior. The bright colors pop well, with nice variations in the color to represent the 16-bit style shading. NECA also included video game themed versions of an opened Alien Egg, a Facehugger and a Chestburster, which just adds extra value to the set. The cel-shaded look works pretty nicely on those items as well. On all of these, the colors are hilariously garish, which makes them look even better when displayed with figures liek the Geniocide Aliens, the Thermal Vision AvP Warrior and other colorful variants.

The Egg, Facehugger and Chestburster, outside of paint, are largely unchanged from previous releases. The same cannot be said for the Alien Warrior. there are a few sculpting changes here, and changes to the articulation compared to the previous Alien Warrior figures. New or changed items I noticed were a greater range of motion in the neck joint, more space in the shoulders, removal of the upper arm swivels, newly articulated fingers, more movement in the torso, more space in the hips and newly sculpted feet, with the toe hinge moved farther forward. These changes, I believe, are going to be used on the upcoming Alien: Resurrection Warrior. Now, some of the greater range in areas could simply be due to the paint and plastic used here. The overall body feels ever so slightly softer, but the joints feel far tighter than my previous Alien Warriors. The new articulations is fantastic. While the removal of the bicep swivel may seem detrimental, it was largely redundant as the double jointed elbows already allowed for swivel movement.

I’m quite happy with this release. It’s a version of the figure I’ve wanted for some time now and it looks like it stepped right out of the game. The new articulation was a nice touch and adding in other creatures makes it a bargain at the price. Check out some highlight photos nelow and the full gallery after that. 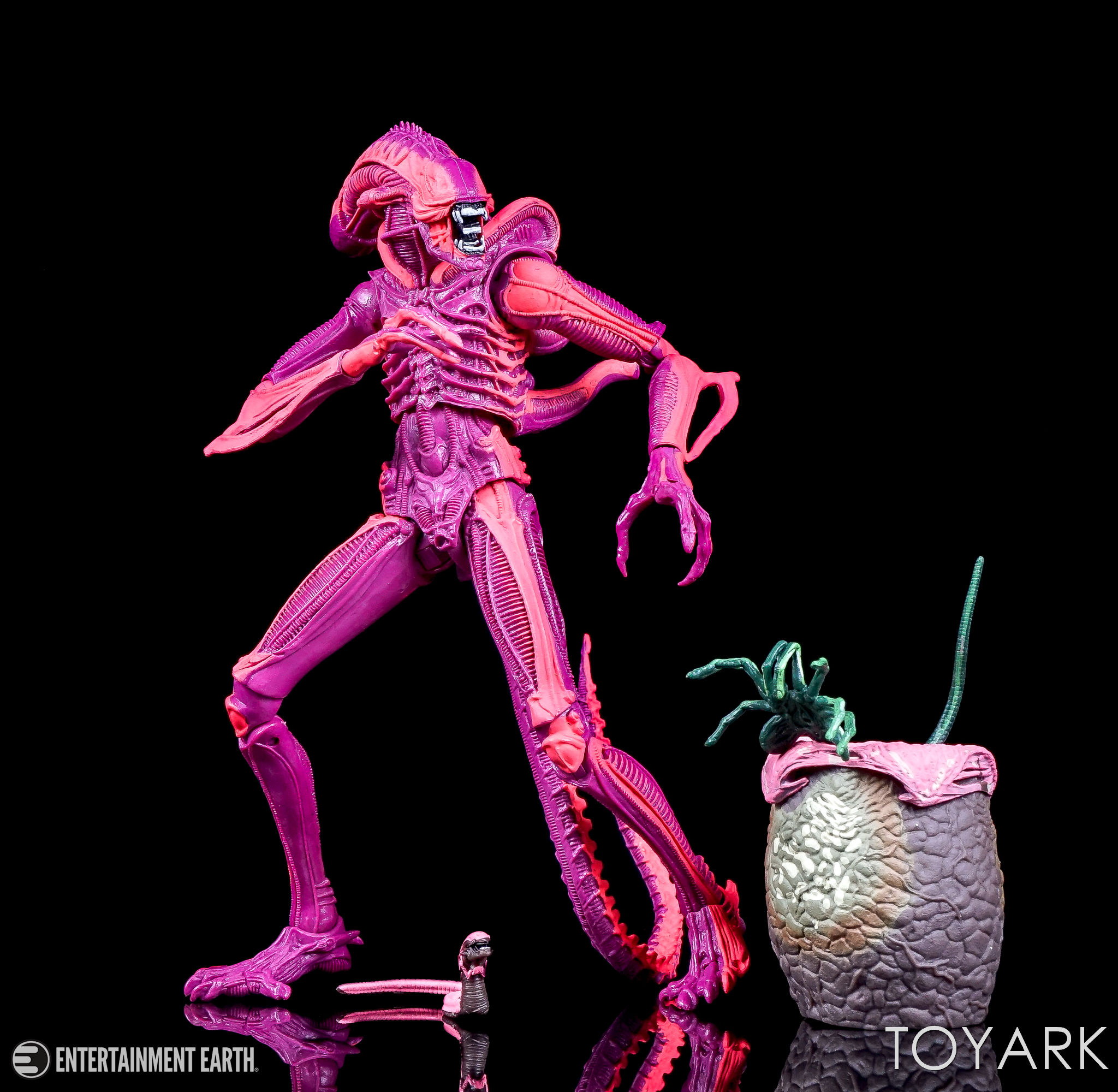 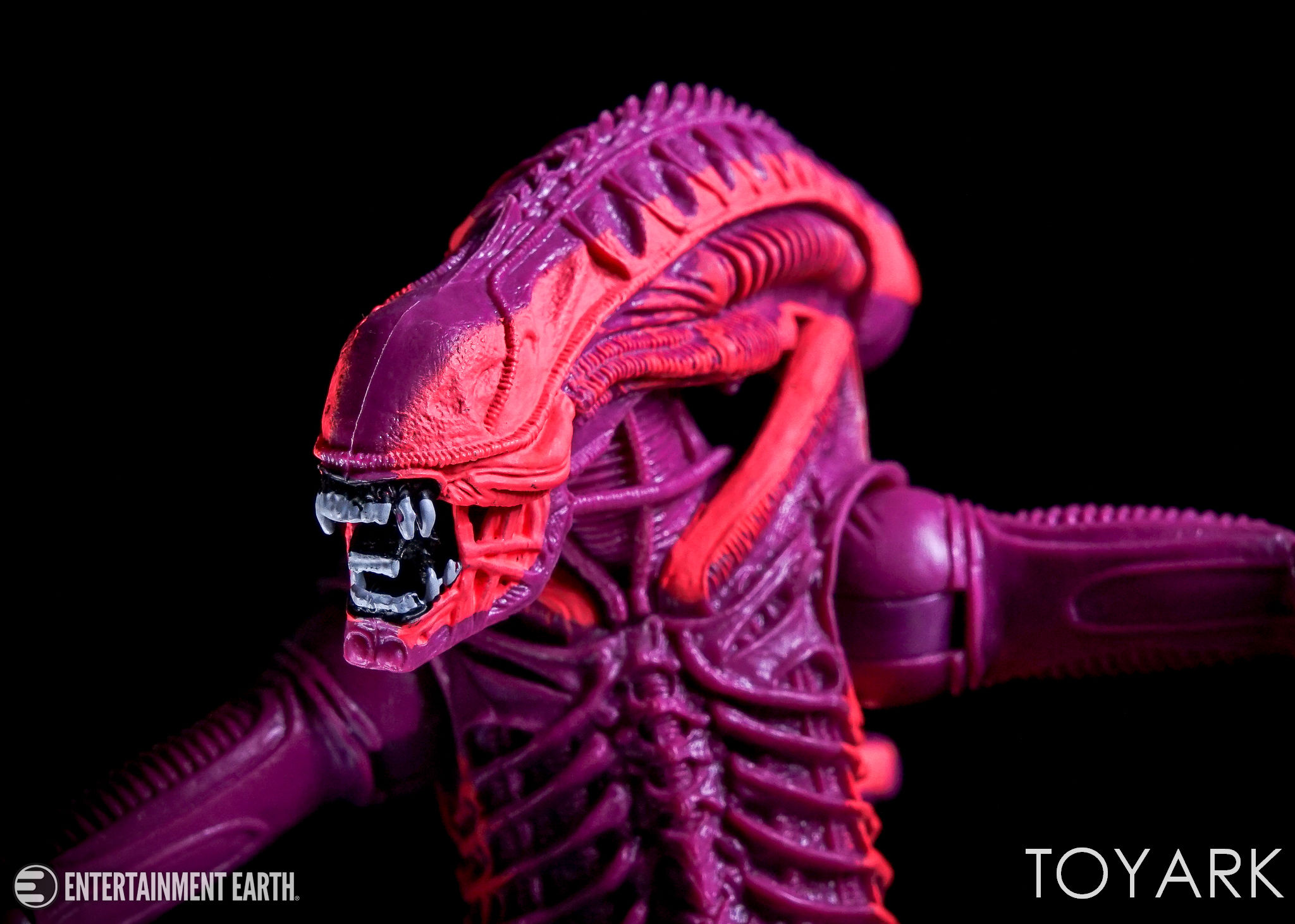 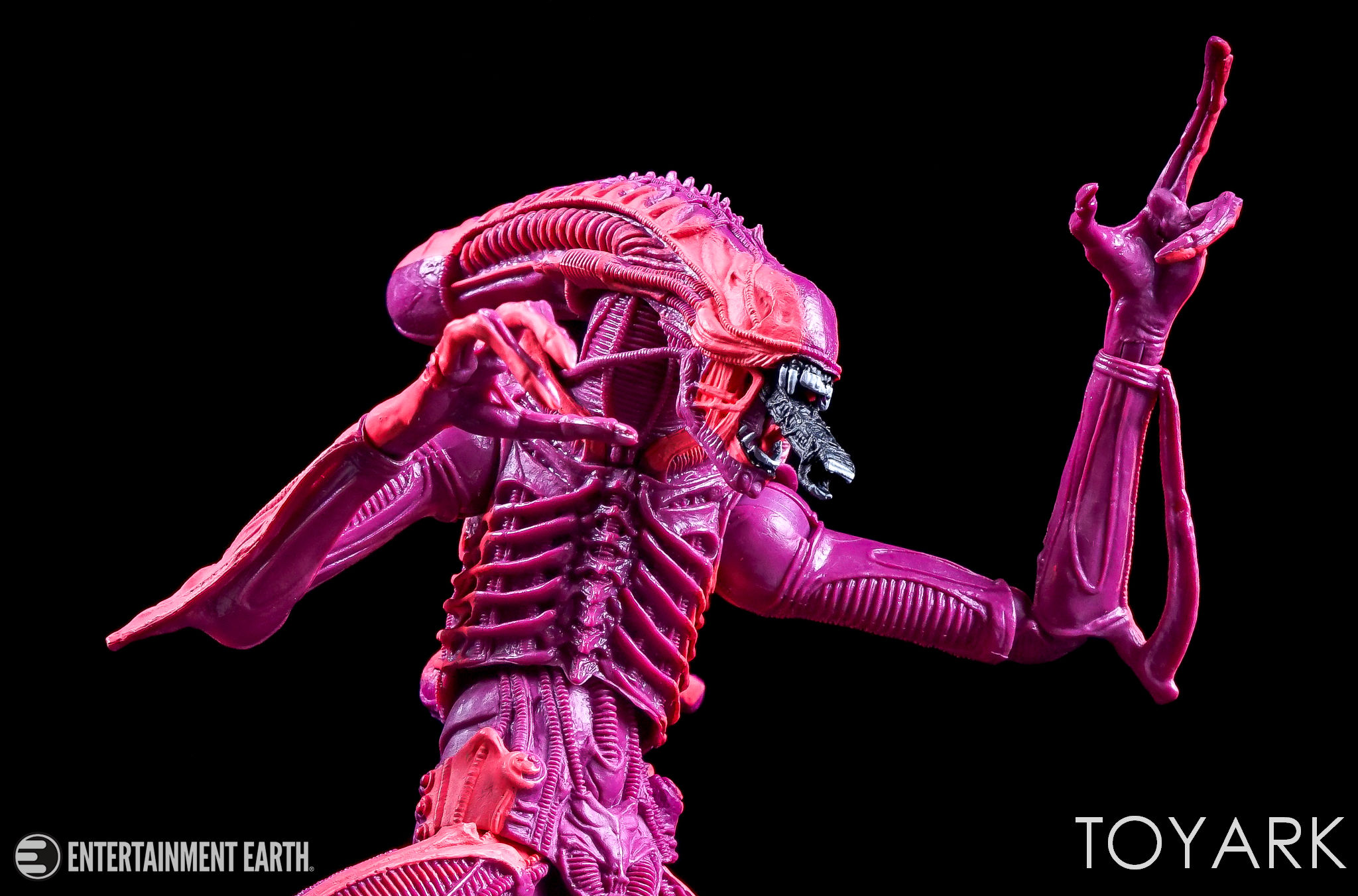 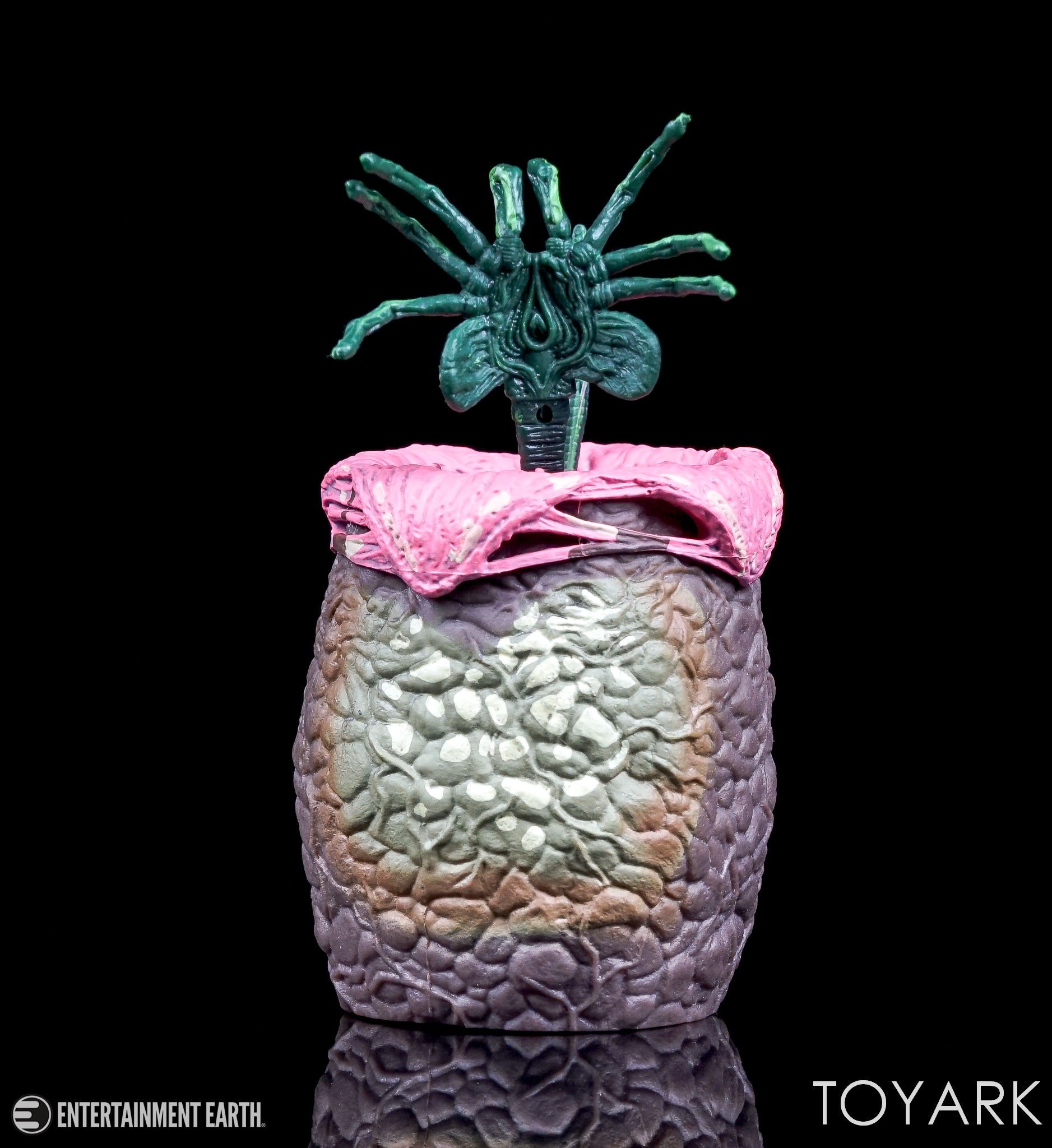 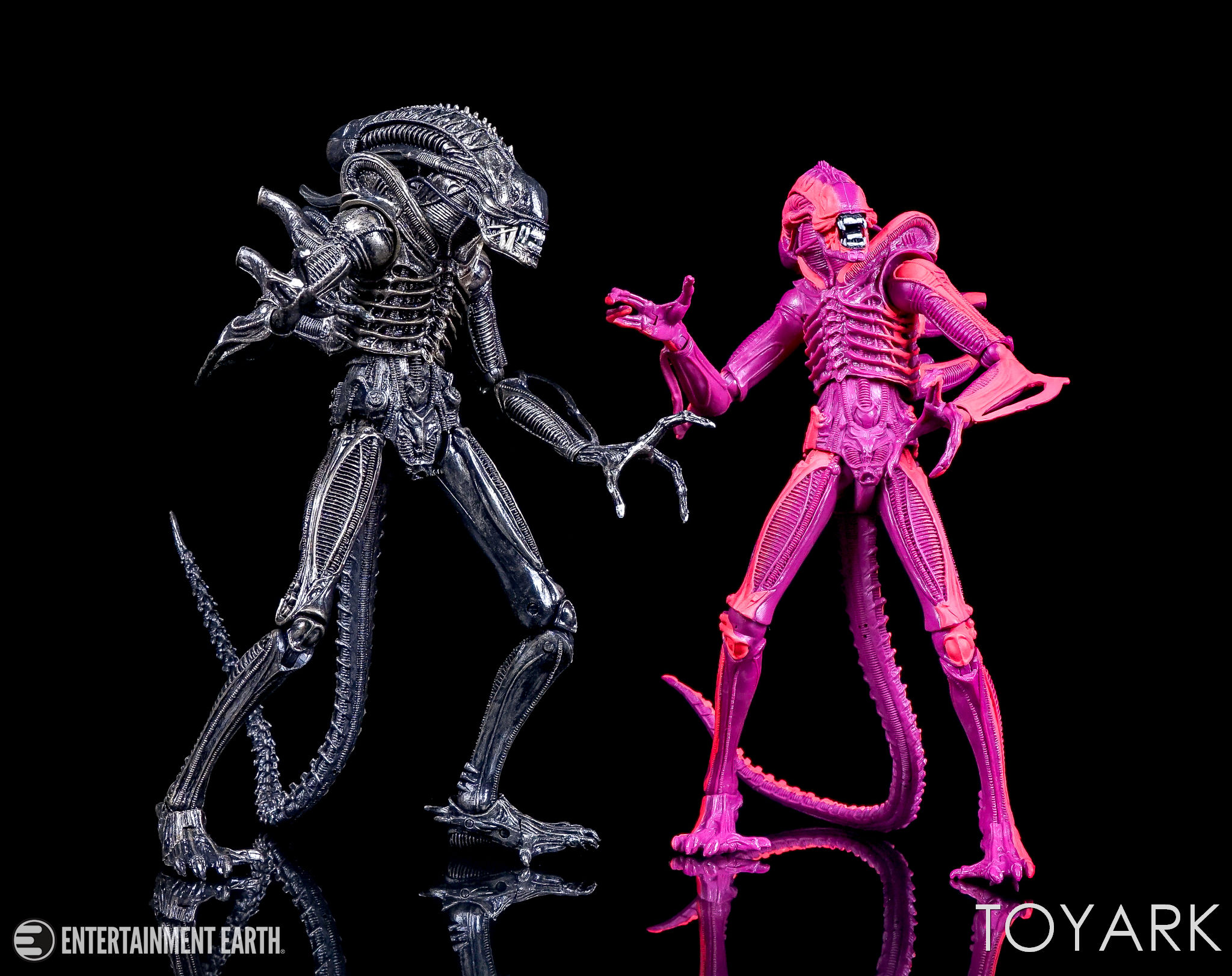 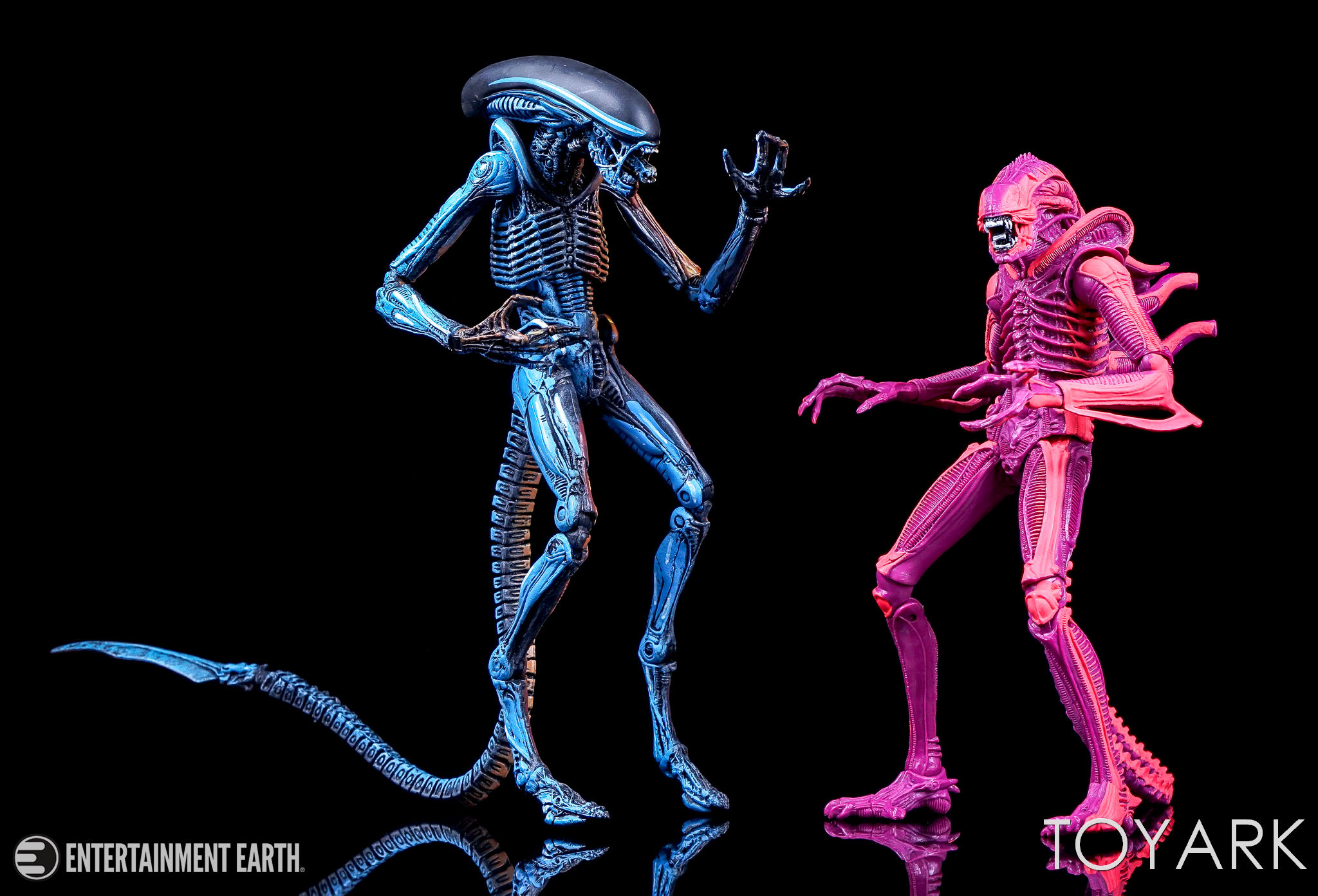 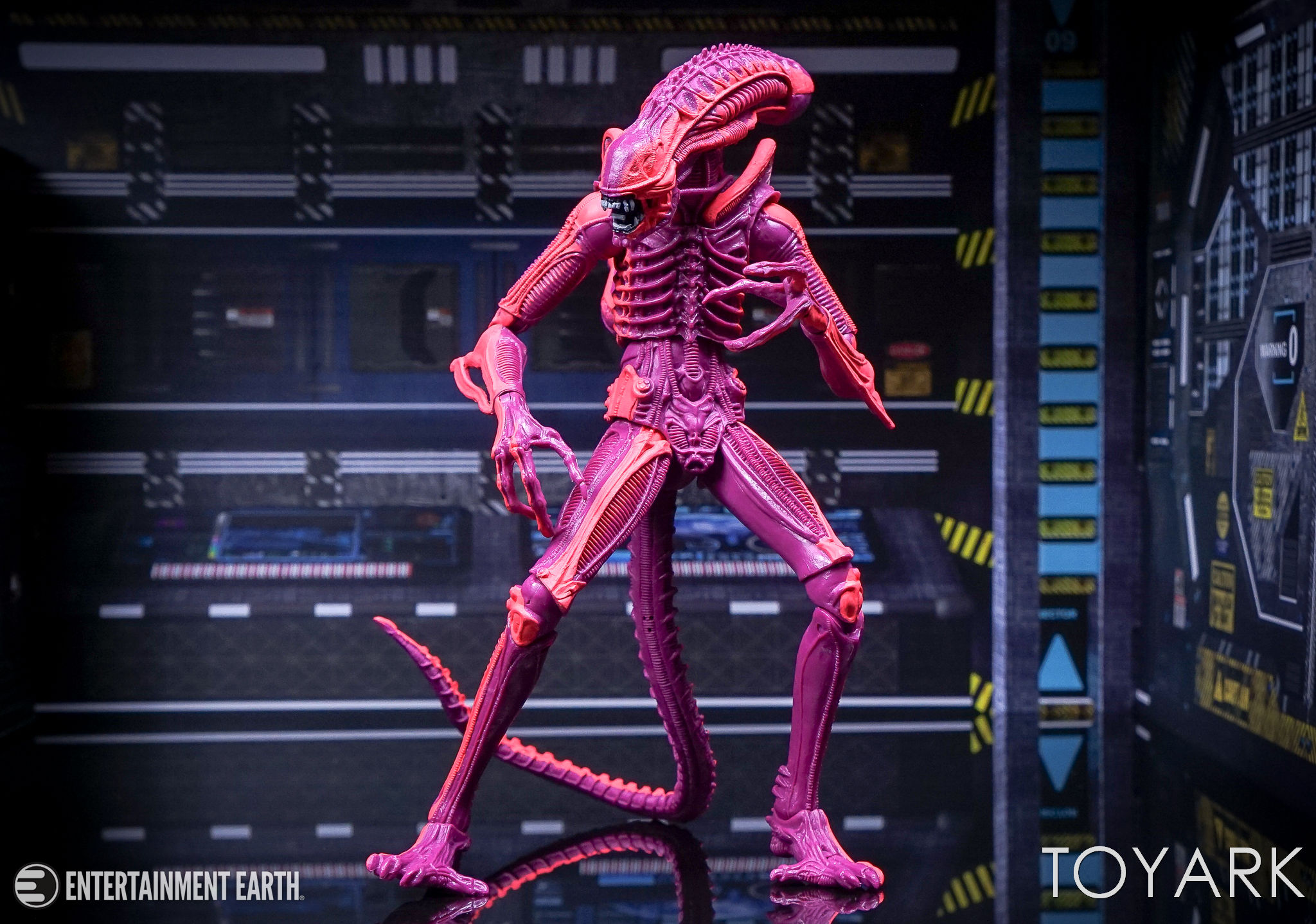 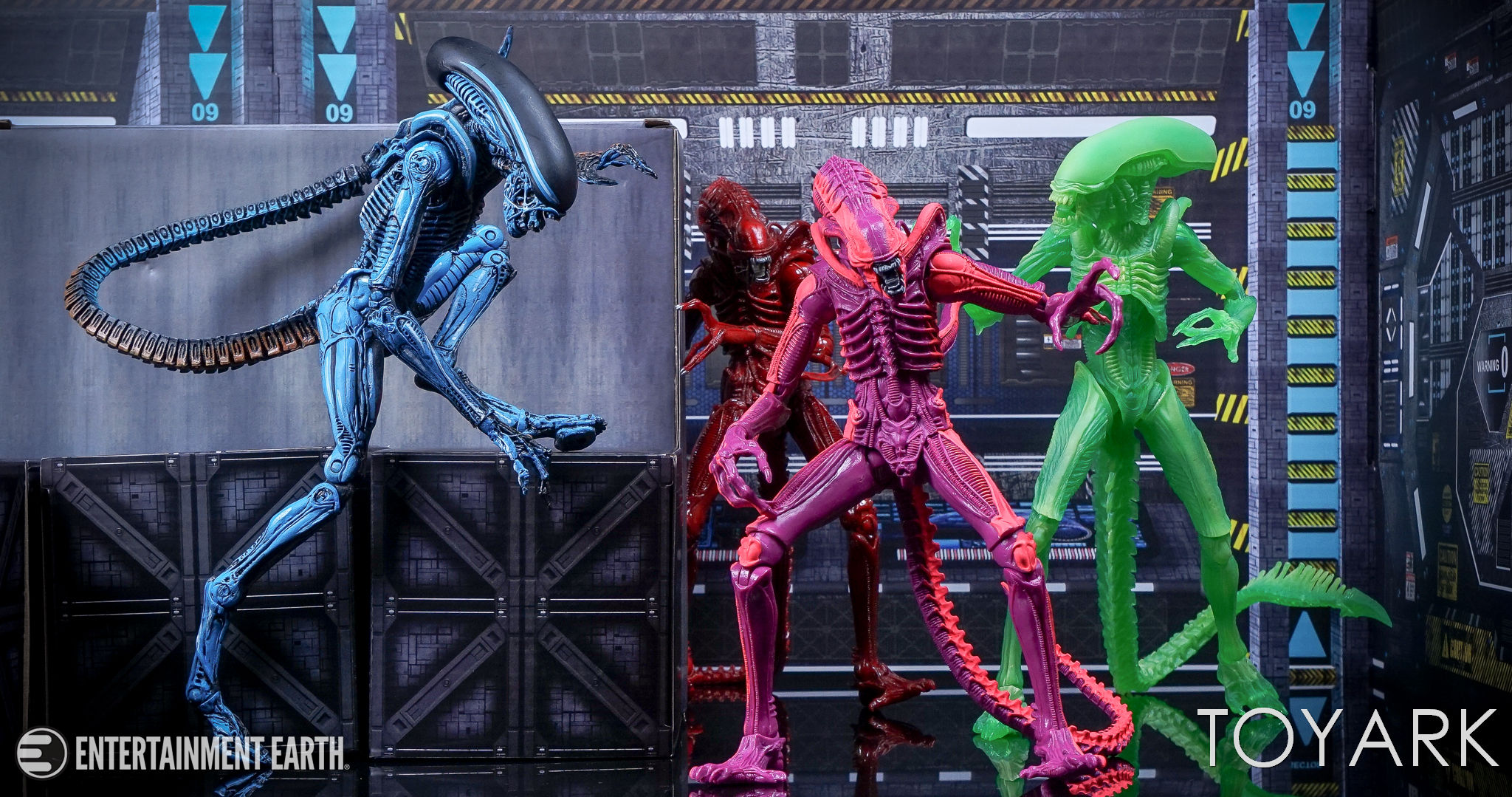 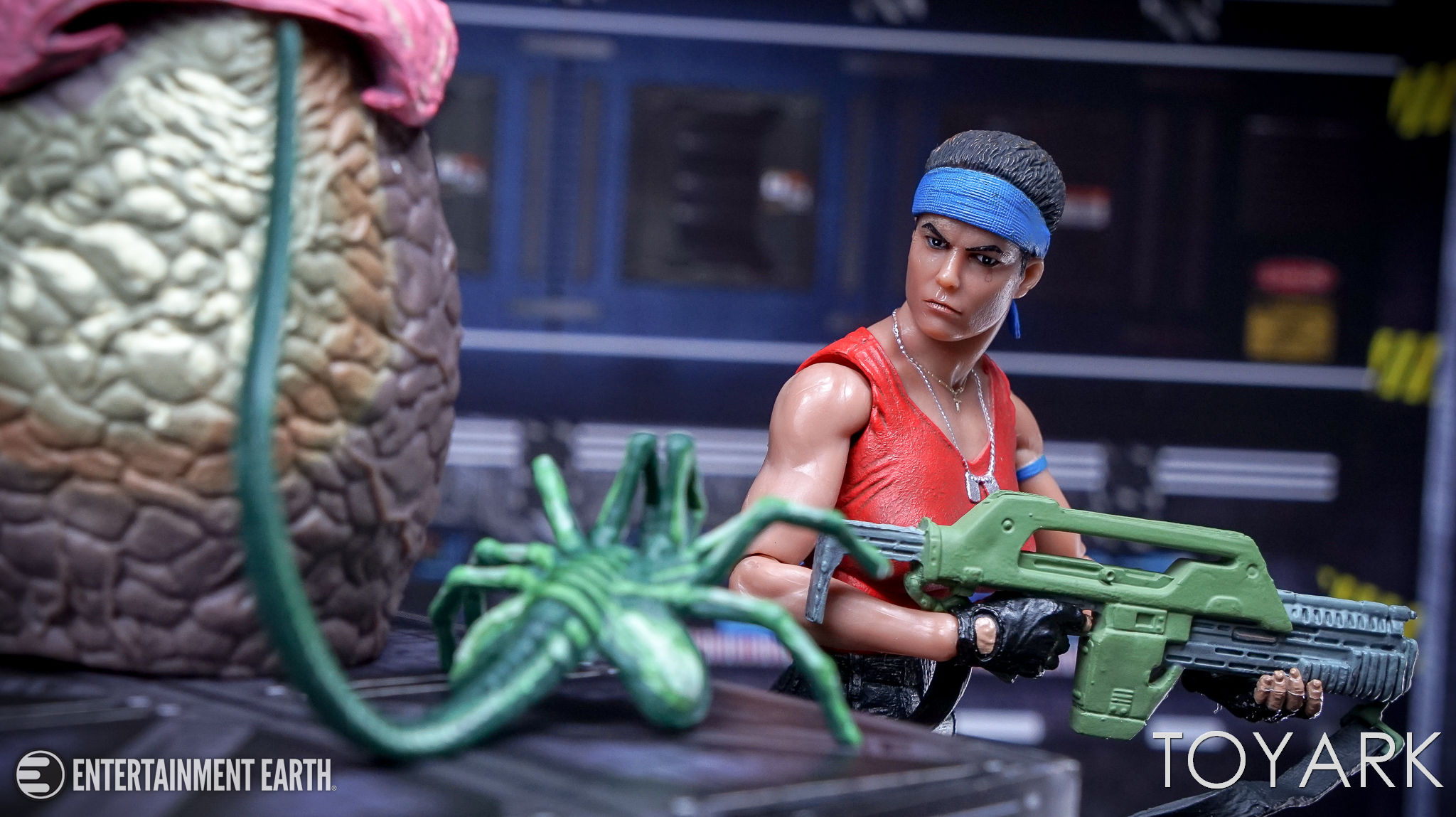 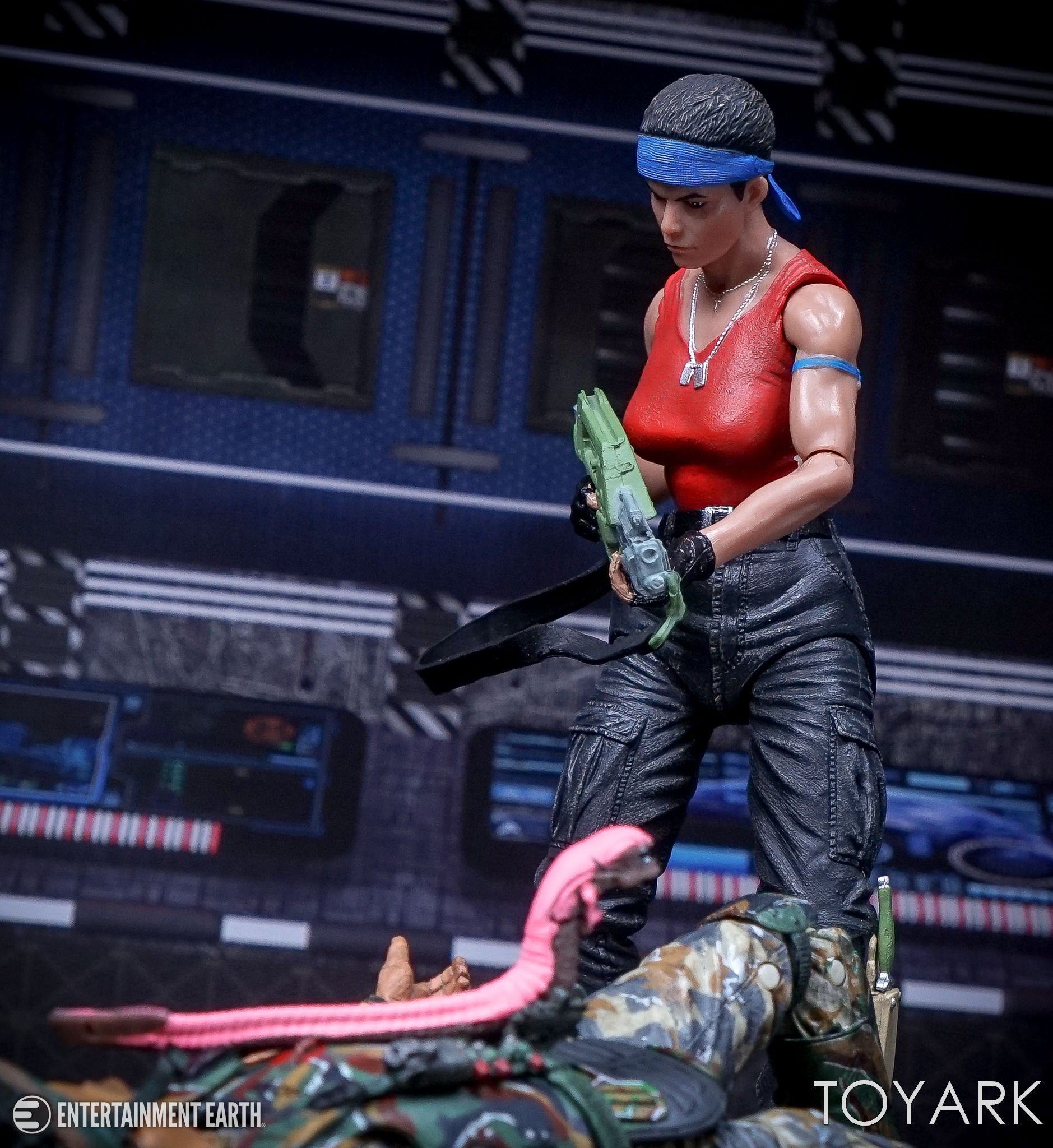 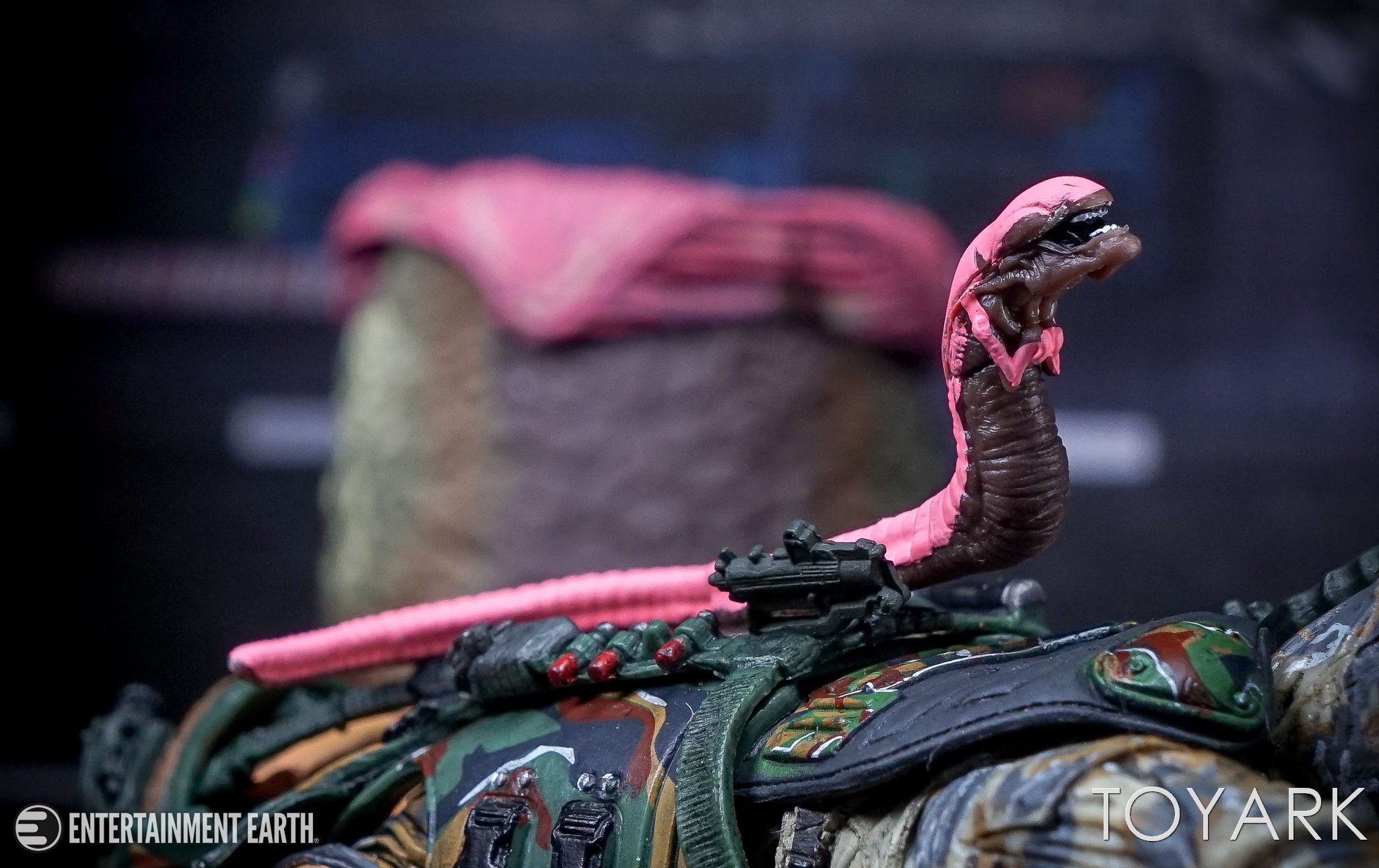 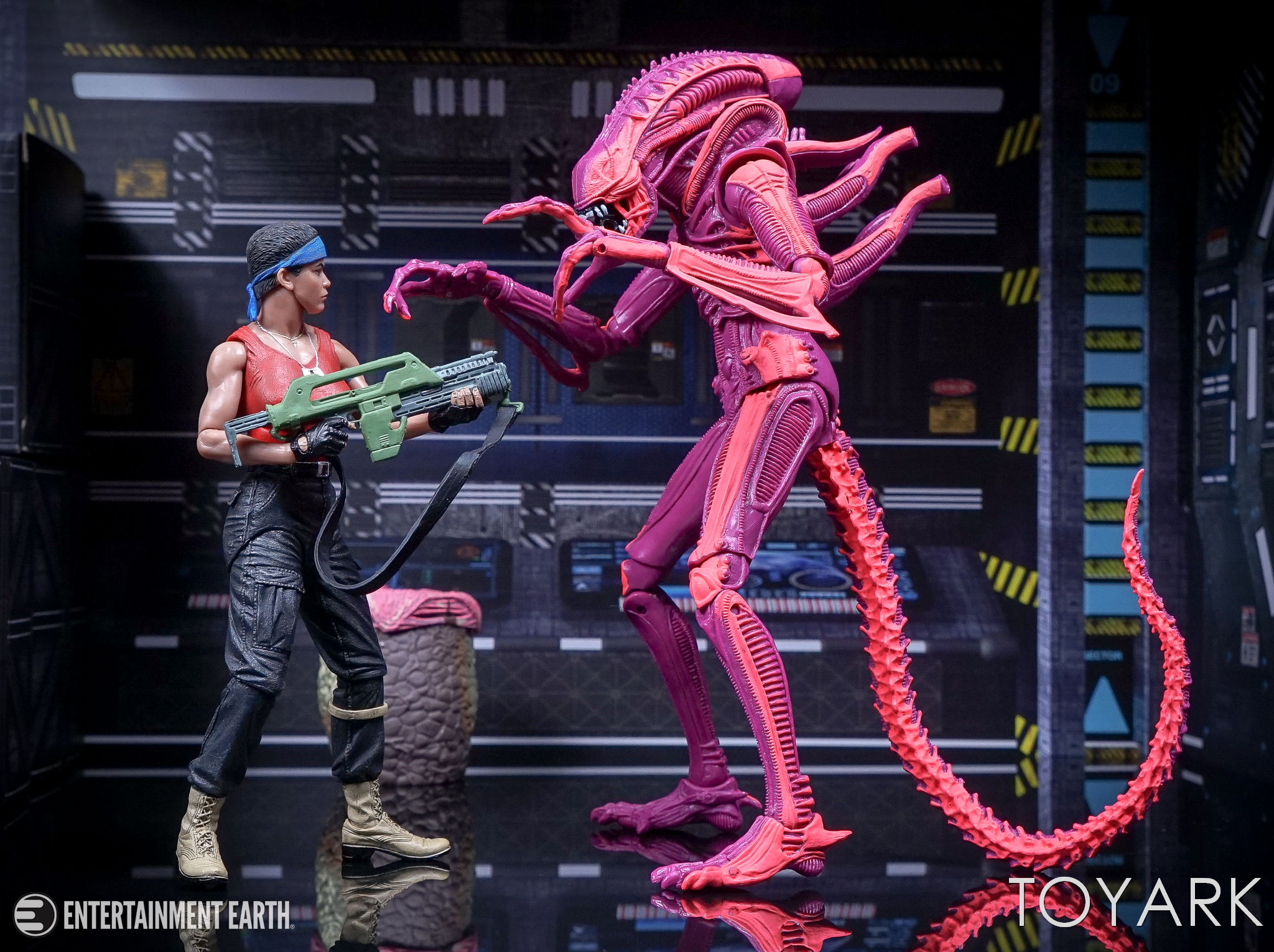 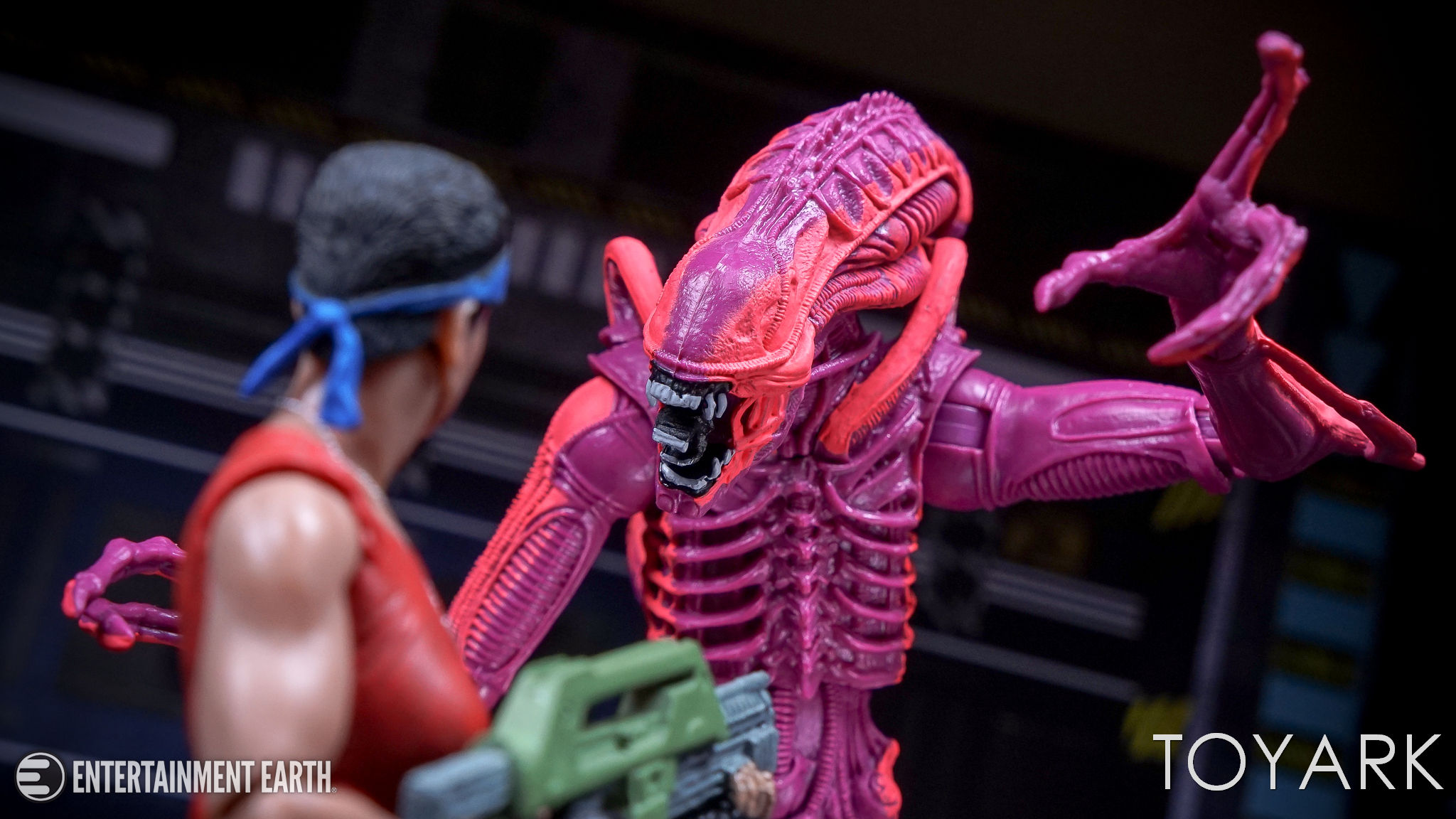