Alien: Covenant is this Summer’s follow up to Prometheus, both prequels to the iconic Alien franchise. The film follows the crew of the space ship Covenant. They are heading to a new world to set up the first off-Earth colony. On their journey, a freak accident awakens the crew, who also discover a rogue transmission from an uncharted planet. The team heads there to find David, the lone survivor of the lost Prometheus expedition from 10 years prior. They soon discover that David has been conducting horrific experiments using the bio-weapon that was created by the Engineers, and with the arrival of the Covenant crew, he has his final components to construct his perfect organisms!

For the film, NECA Toys has released a single assortment of figures based on creatures seen in the movie. These releases include the Neomorph, a creature birthed from humans coming in contact with the native spores used in the black liquid bio-weapon. The Neomorph includes two head sculpts and a smaller baby Neomorph. There is an Covenant Accessory Pack that includes opened and closed Eggs, the newly designed Facehuggers, a toddler Neomorph and a newly designed Chestburster. The final piece to the assortment is the new Xenomorph, which is based on the practical suits used for filming. The practical suits were replaced with a CGI Xenomorph that features a different design from the practical suits used. This will be the lone assortment of figures based on the movie.

Read on to check out 60 photos and our thoughts on the new releases. They come from Toyark sponsor Dorkside Toys.

Overall
This assortment of Alien: Covenant items all come packaged in collector friendly window boxes. The packaging features the creature art seen in the promotional materials for the film. The figures and accessories are held in with twist ties and tape. They’re easy enough to get back in for display or storage. The overall packaging is nice and striking.

I was initially really looking forward to this assortment when revealed during the build up to the movie. Once the movie came out, I became kind of luke warm to these. I was among those that wasn’t a fan of the film or how the creatures were portrayed, how the CGI looked or their explanations for existing. The movie saw the return of more traditional Eggs, Facehuggers and Xenomorphs, but they have some fairly significant differences compared to the original designs. The figures are really good representations of what was seen on screen. Sculpts are highly detailed as you would expect. The Neomorph looks spot on throughout all of the phases. the interchangeable heads are a nice touch. The eggs and Facehuggers look like they stepped off the screen. The Xenomorph is probably the biggest change from screen to figure. The practical suits were more textured with a thin muscle-like overlay on the figure, which was replaced with a smoother texture in post production. Neomorph and Xenomorph both have a solid amount of articulation and really good range of motion, especially on the Xeno. The paint work on the larger figures, the eggs and the Facehuggers are all handled really well. The creatures have bendable tails, which can help with stability when setting up dunamic poses.

On the downside, the smallest creatures, the baby Neomorph and the Chestburster have a bit of a hard time standing unless propped up against something. These two and the toddler Neomorph all have heavy blood splattered paint, which tends to obscure some of the detail work, which is quite nice for such smaller figures. I also wish the Neomorph assortment was cast in a painted translucent plastic to give off the otherworldly look they had in the film.

If you are a fan of the film, then these figures are going to be perfect for you. Those who weren’t fans of the film or the creature designs may want to take a closer look before deciding. Check out some highlight pics below and the full gallery after that. 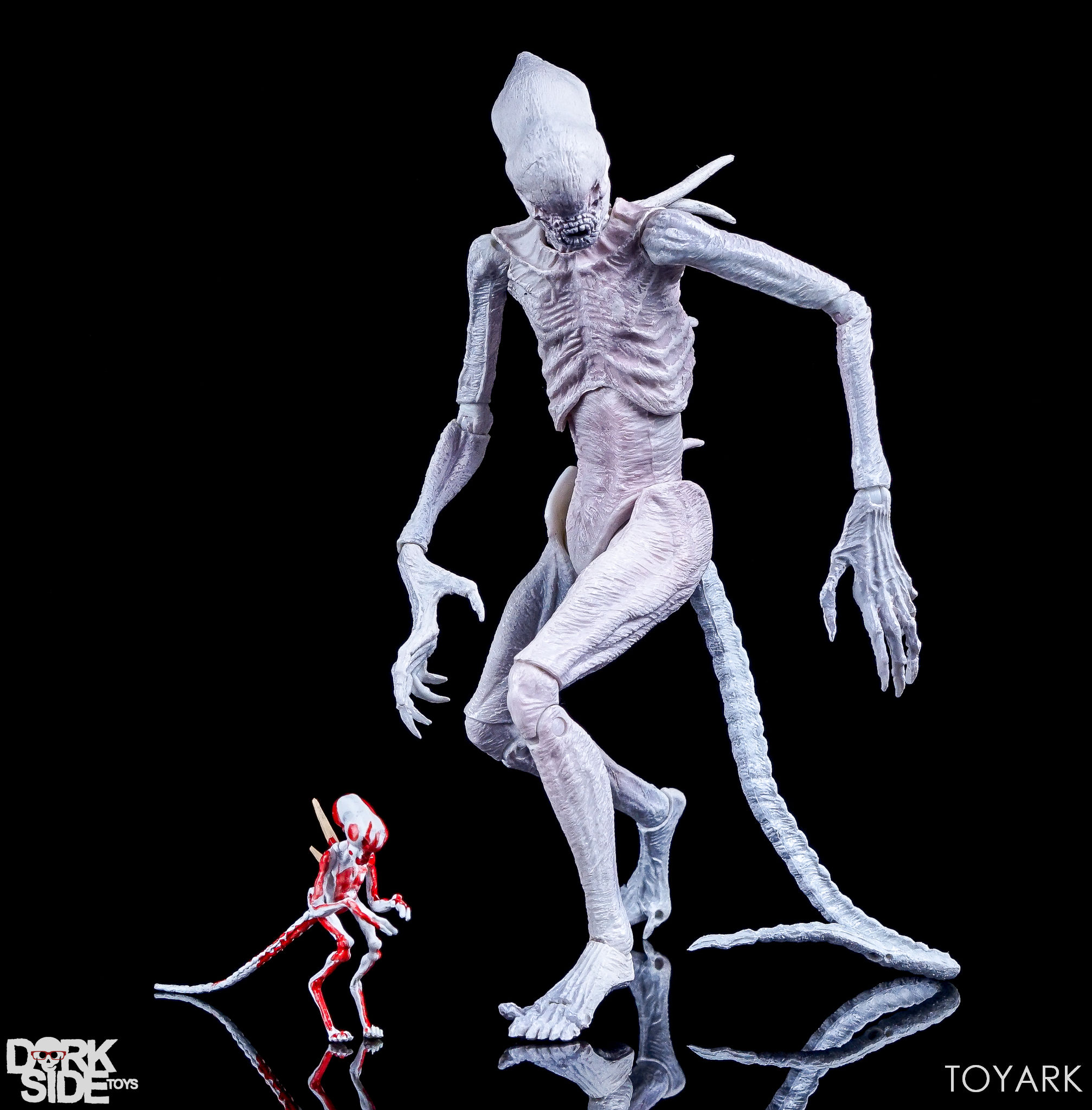 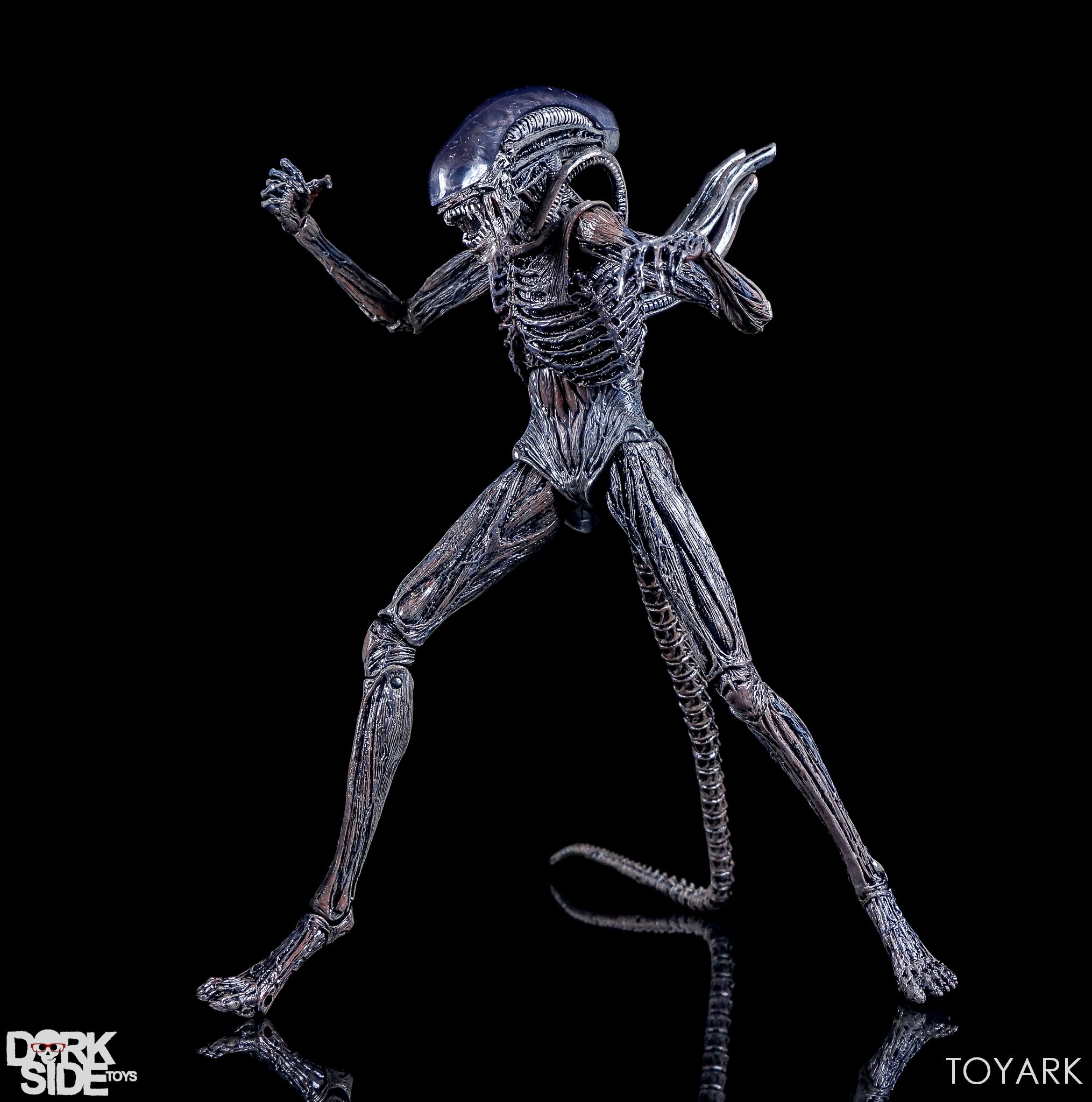 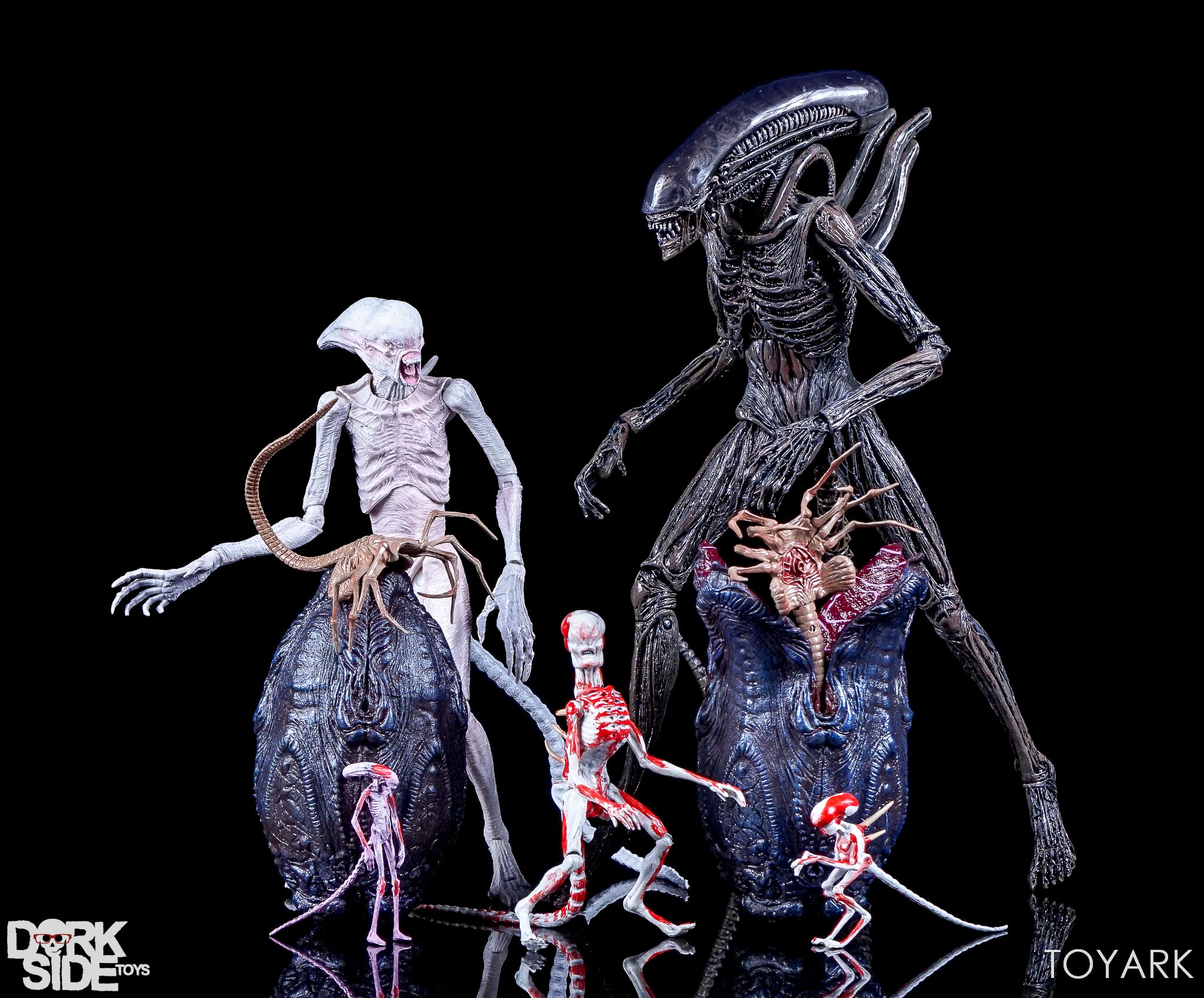 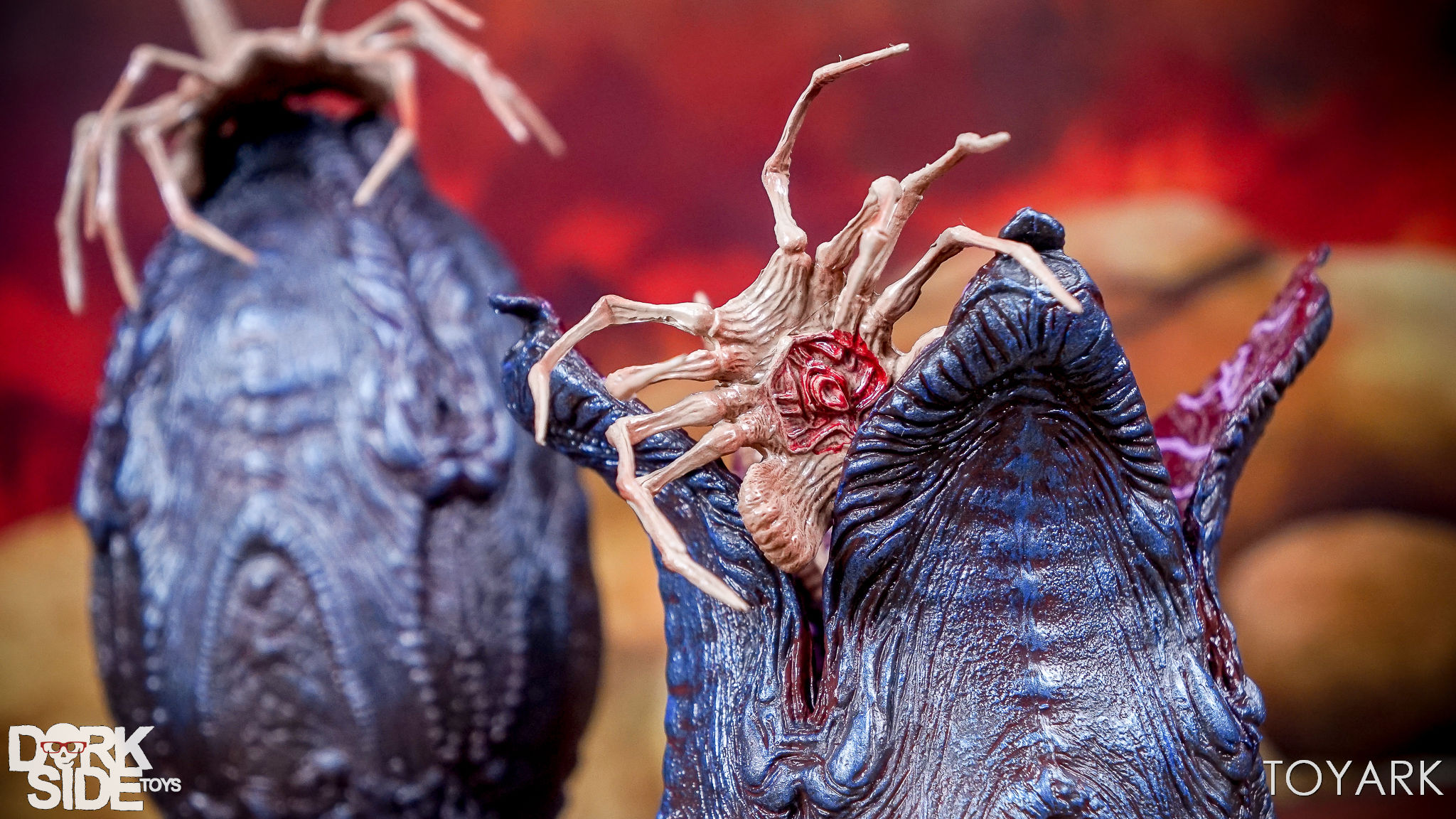 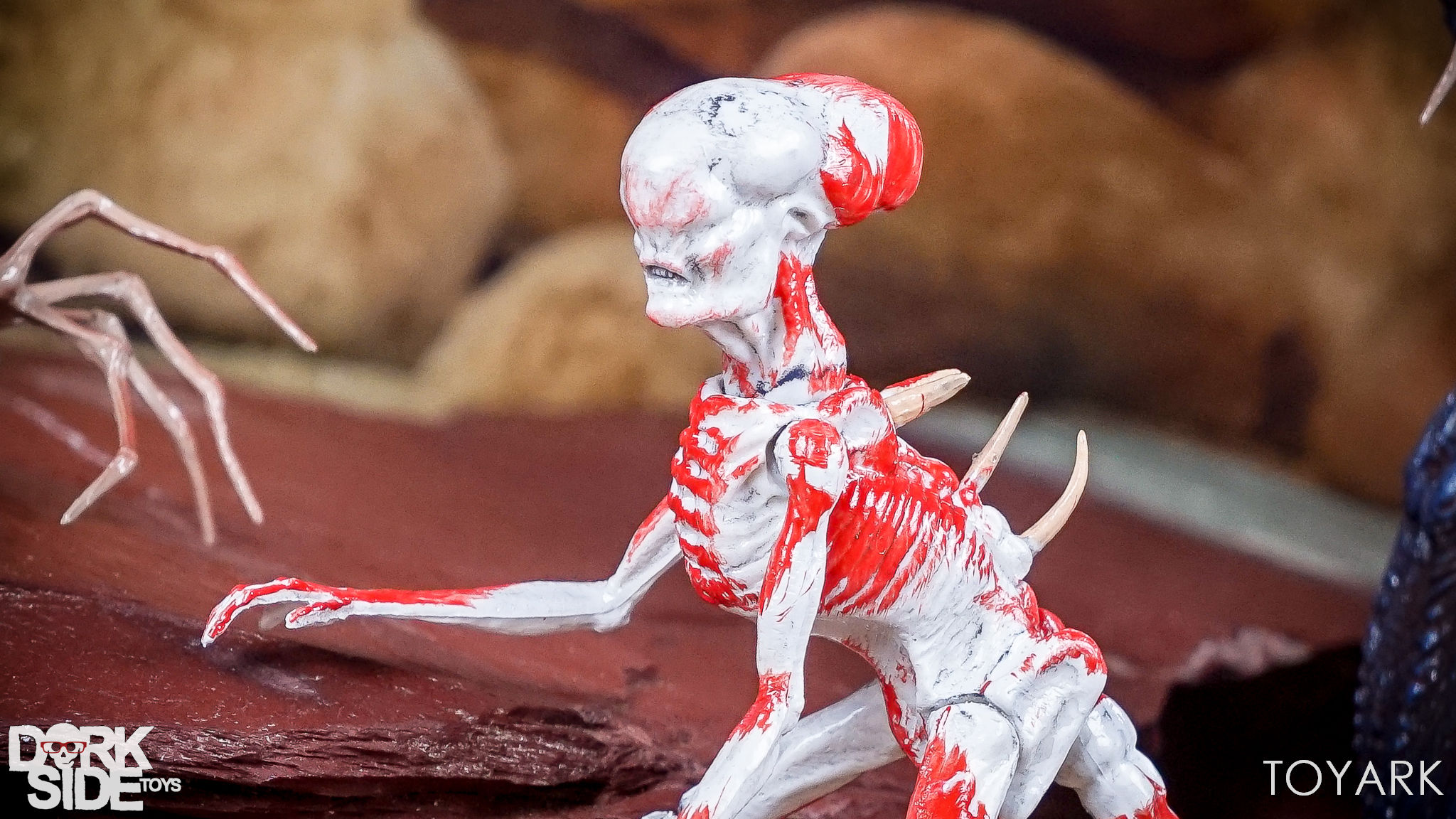 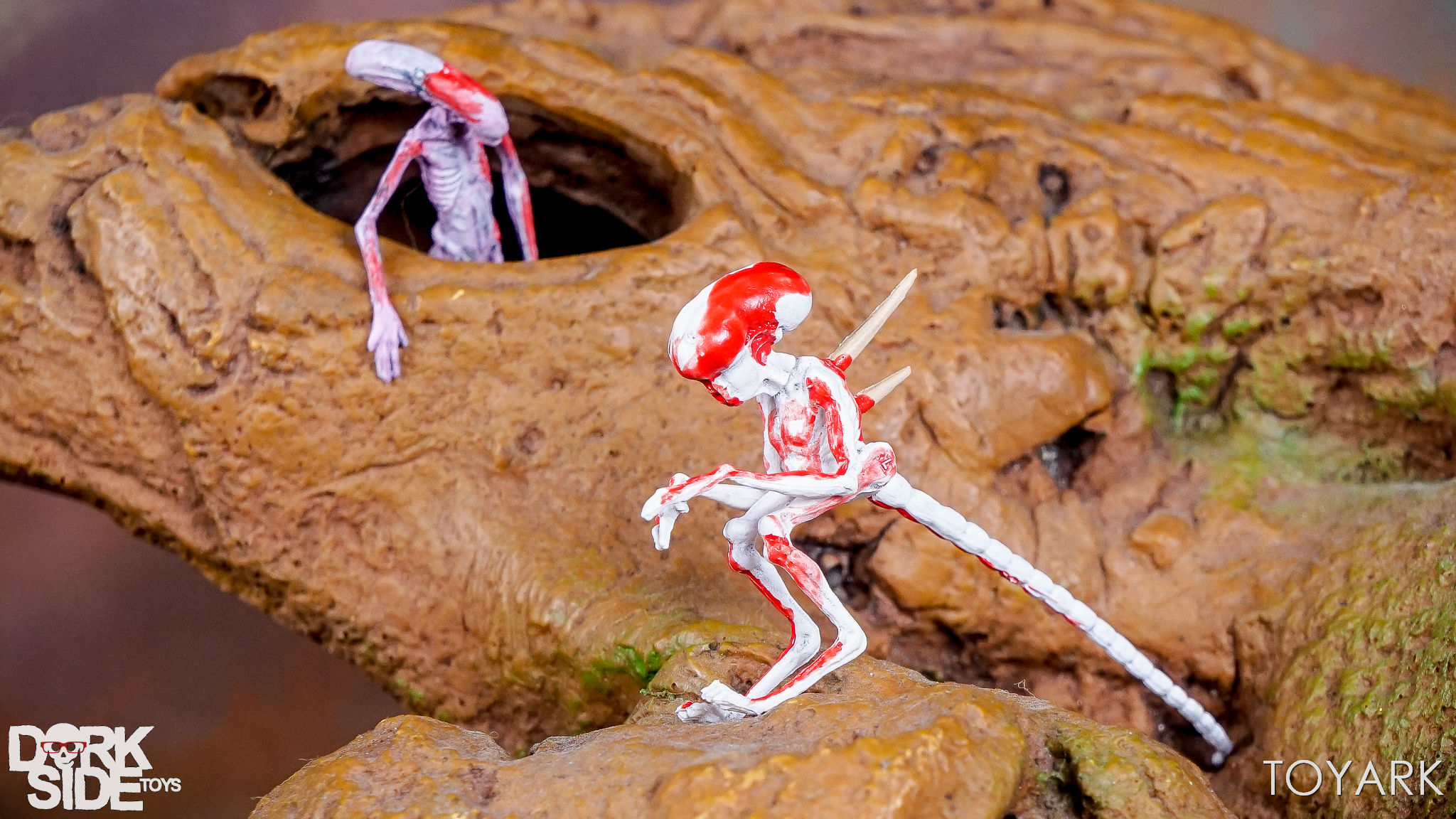 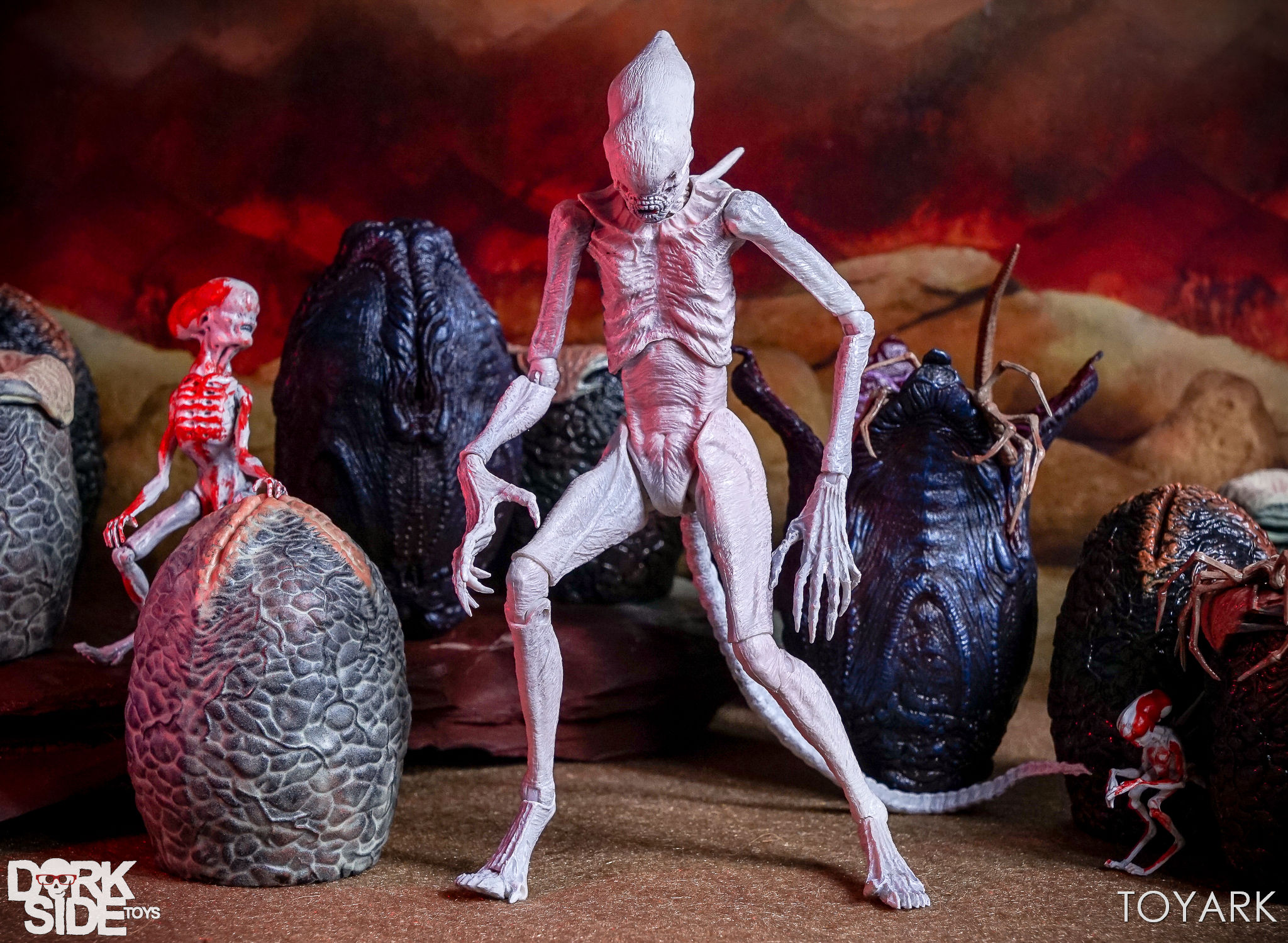 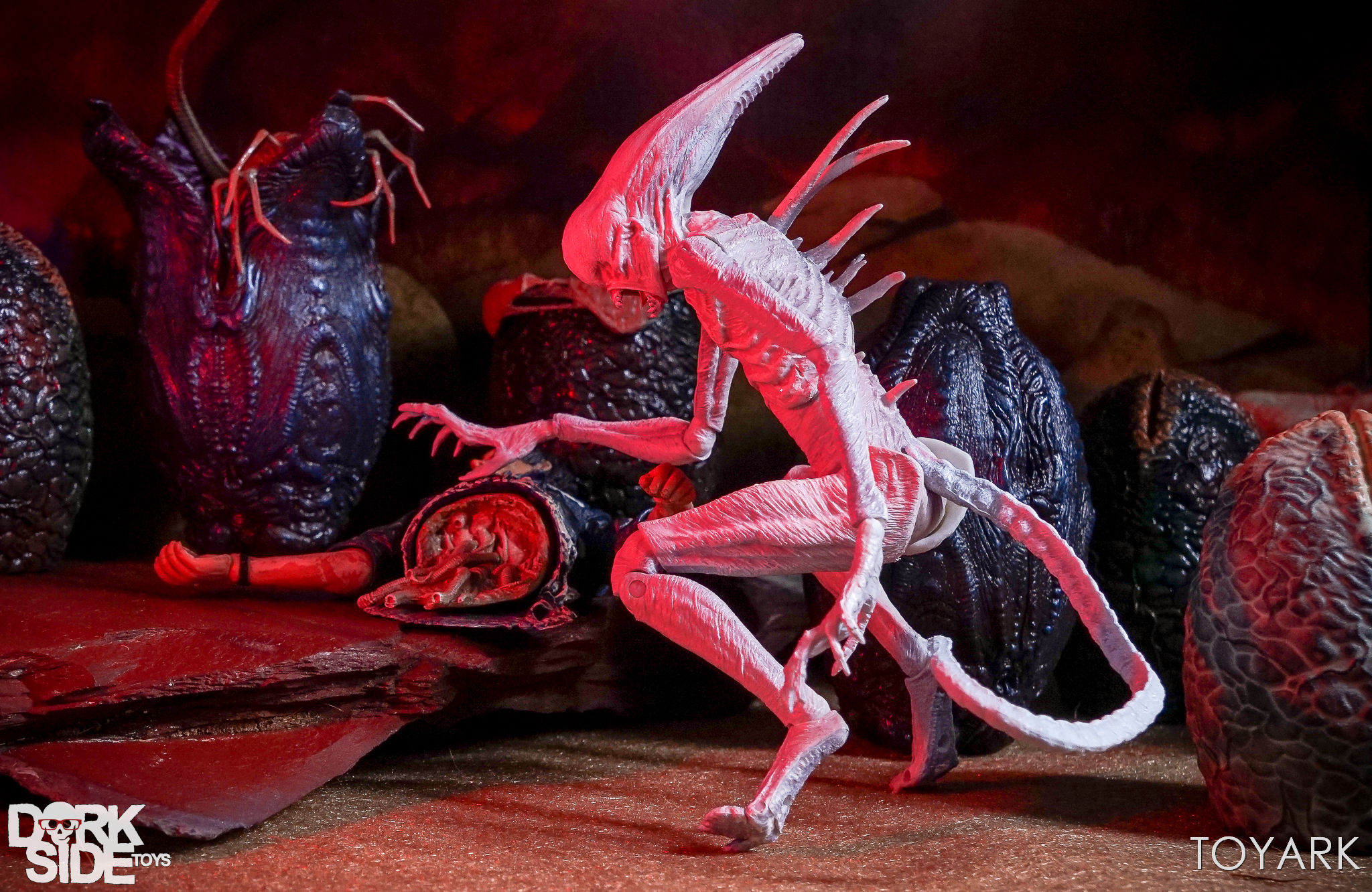 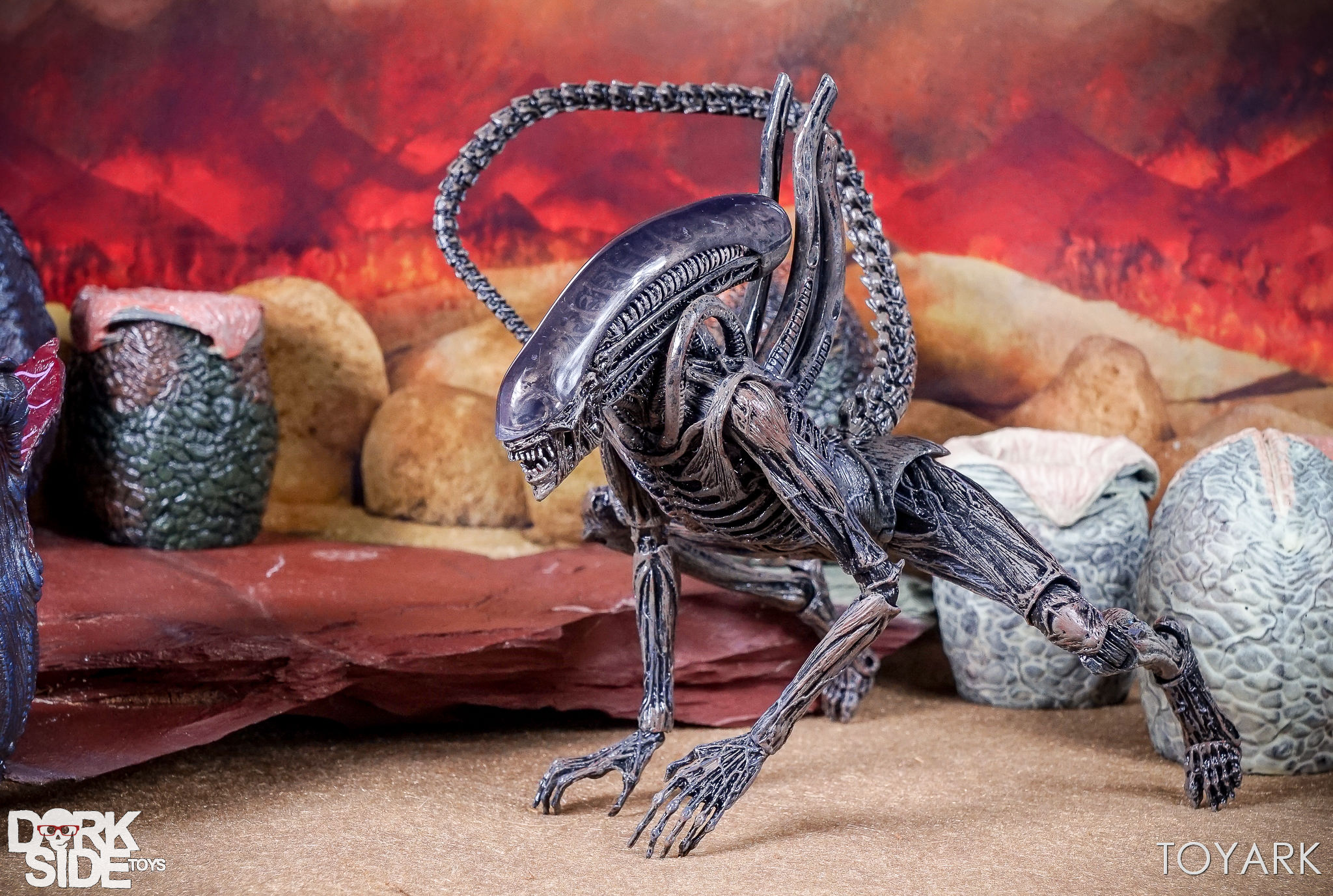 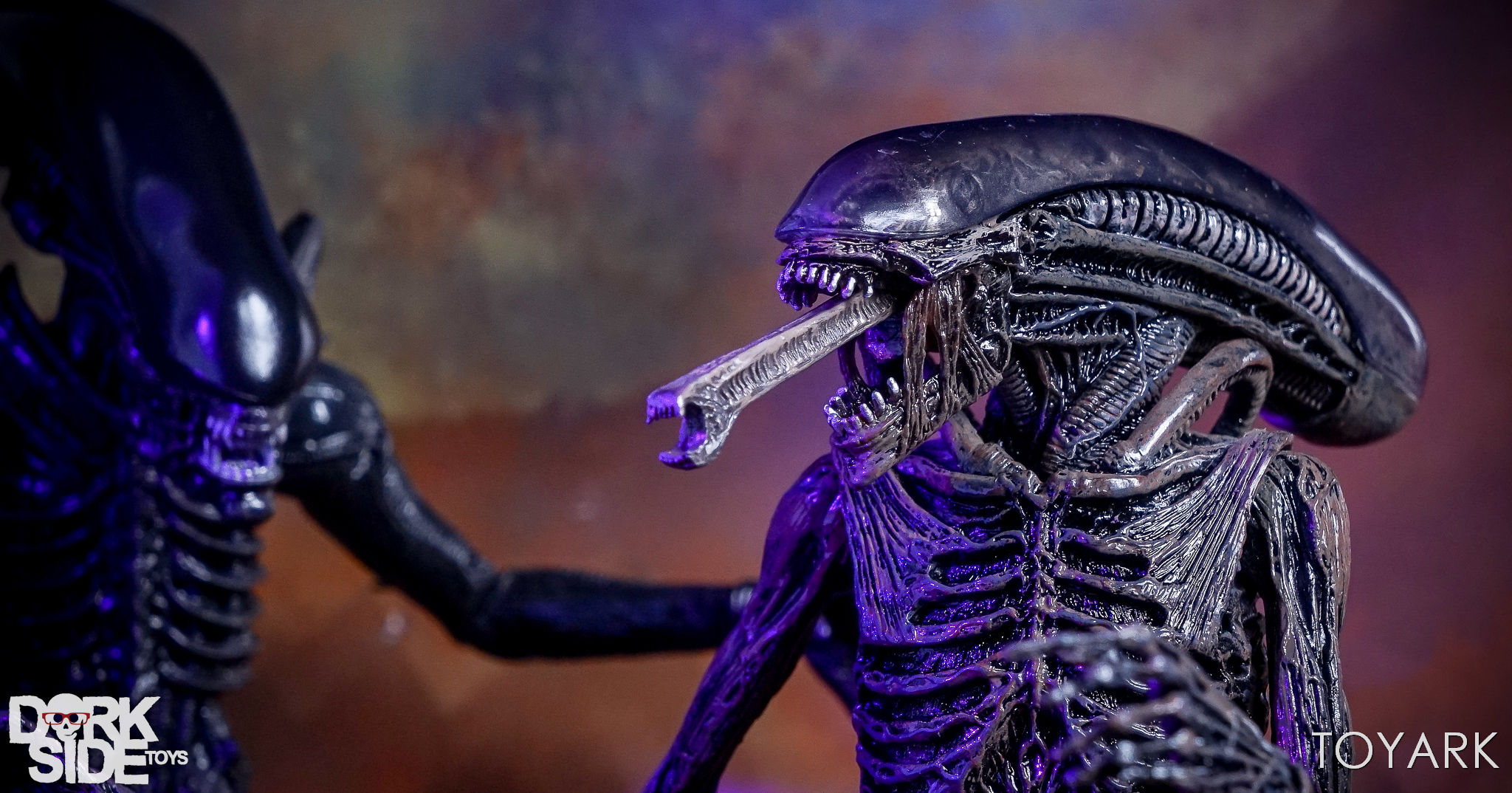 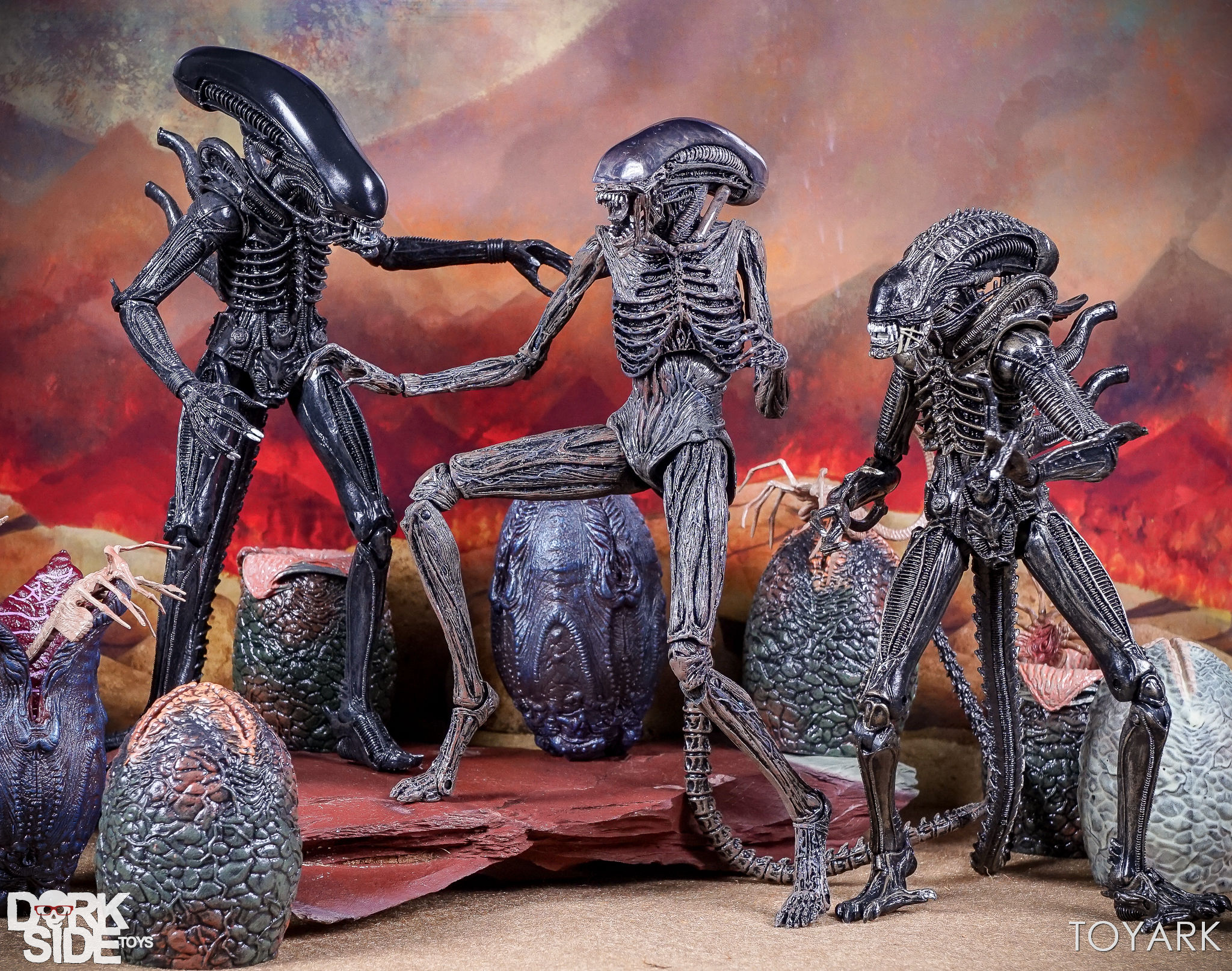 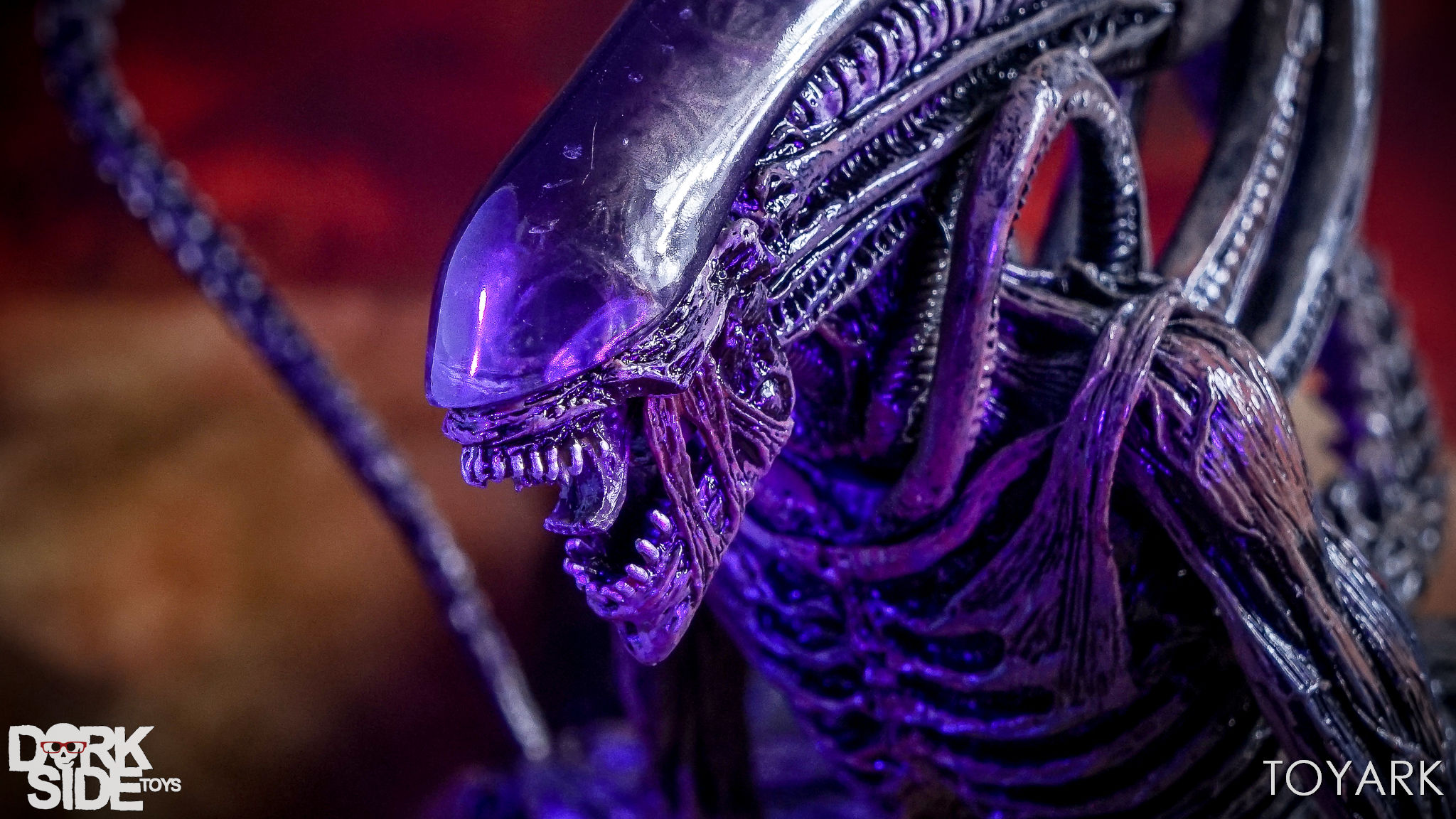